This week’s recipe is from my ATK Make-Ahead Cookbook. 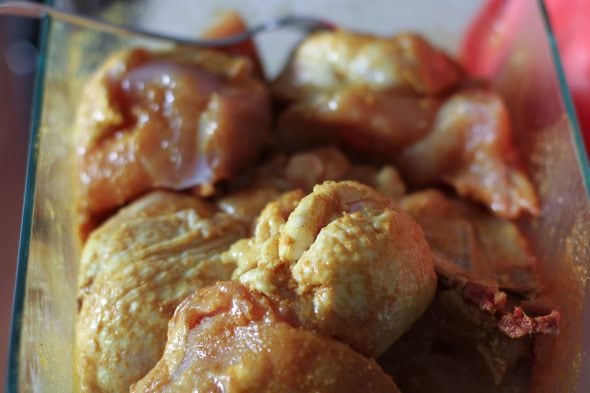 Incidentally, when recipes say to marinate chicken in a plastic ziploc bag, I just use a glass container and things work out fine. 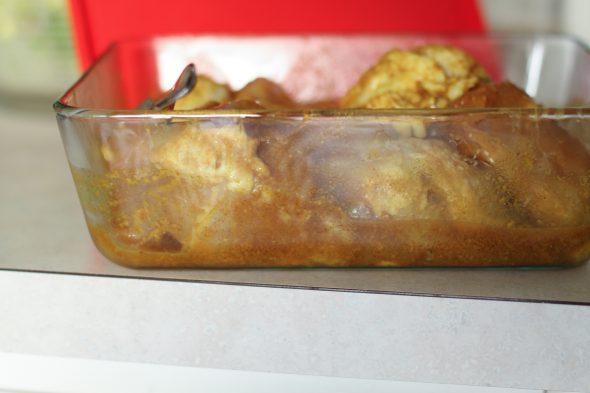 You reserve part of the marinade to make a yogurt sauce. 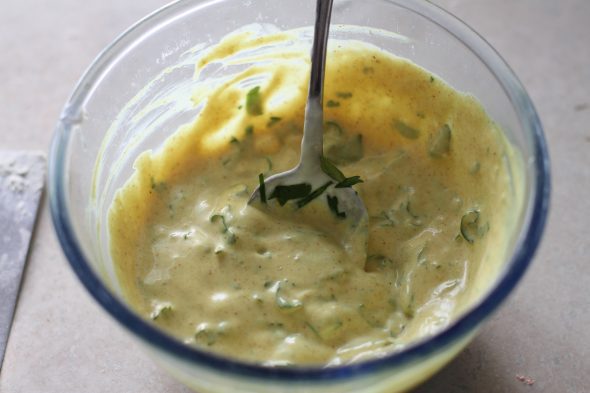 And at dinnertime, you just have to grill or broil the chicken.   I foolishly chose to grill, despite the frigid temperatures and high winds we were experiencing.

Nothing just tastes QUITE as good as grilled meat, you know?

And I didn’t actually freeze to death. I was just a little…chilly. 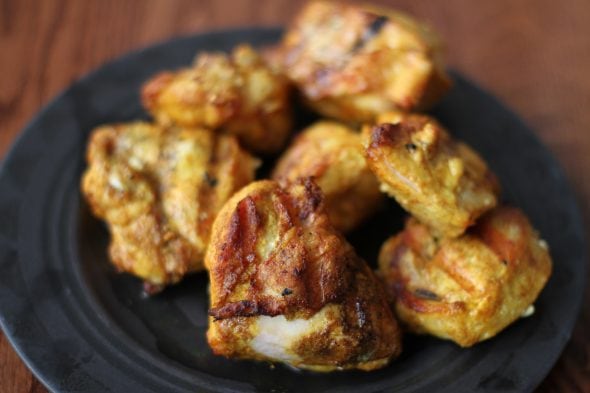 I’m happy to say that this recipe broke our string of bland chicken recipes.   Yay! A salty brinerade really does the trick.

Also: I get bonus points because I tried a recipe for naan to go with our chicken. 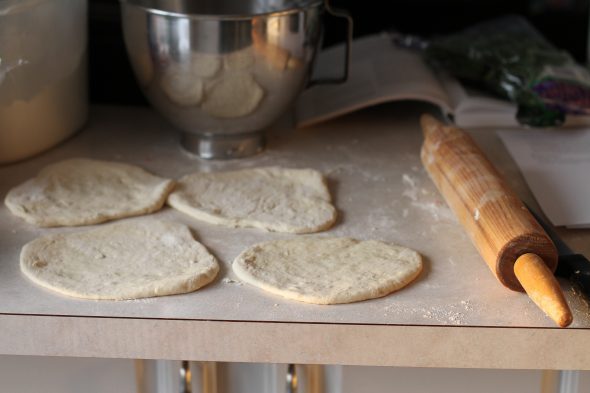 I used this recipe from The Kitchn, and we liked it fairly well. I thought it was very slightly too salty, so I’d use less next time (maybe 1.5 teaspoons instead   of 2).

And I might let the yogurt come to room temperature before adding it to the dough, especially in the winter when dough struggles to rise anyway.

I’m thinking about trying this stir fry from my latest Cook’s Country magazine. 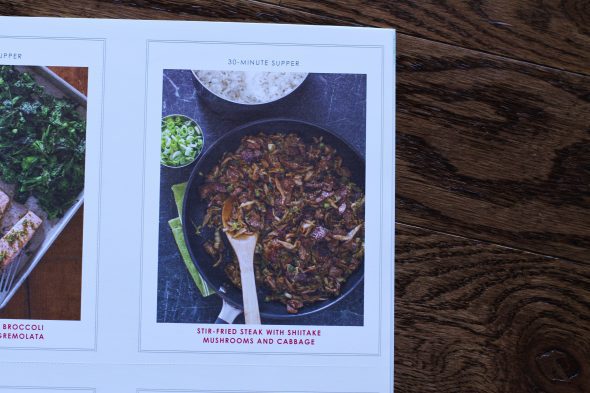 I’m not a huge fan of mushrooms, but I was thinking that maybe they’d be fine covered in a stir-fry sauce.

We’ll see…I may chicken out and do something else entirely. 😉

What new recipe did you try this week? And what are you planning to try next week?

That looks really yummy. Last week we tried eggplant parmigiana and this week we are trying steak pie.

Ok, that sounds totally less scary than what I was imagining (more along the lines of fish sauce.). Thickened soy sauce I can definitely do!

No new recipes this week! I have been searching for some easy week night make ahead meals. I just finally noticed the title of your ATK cookbook!! I think I am going to try to track down a copy so I can test some of them out. I have about 30 minutes to cook dinner after getting home from work, and I find that I need something that is pretty low prep. Entertaining a hungry toddler and cooking dinner is a challenge I have yet to master!

The good news is that you may need to master that challenge. Eventually your child won't be a toddler ... and you'll have a different challenge to master.

My new recipe this week was Mexican Cabbage from The Happy Herbivore. It was spicy and delicious.

I need to try a new marinaded chicken recipe. I made my first lemon meringue pie, and it was great, except the recipe for the crust was new as well, and it was tough as cardboard. I can't figure what I did wrong with this crust. It was flour, salt, fat and water as usual, and I rolled carefully and lightly. I usually make very flaky crusts. Well, my husband got a slice of his treasured pie even if he had to use a knife on the crust and we can scoop the filling out and eat it that way -- slowly. Since he's diabetic, we have to go easy on the pie.