(It’s kind of crazy that it’s been a decade since the last time I had a baby!) 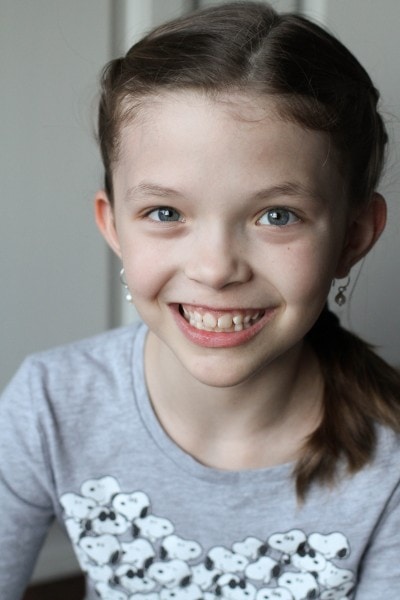 Zoe was born on Mr. FG’s birthday, so he affectionately says that she stole his birthday.   😉

Of course, we do still celebrate his birthday….he just shares the celebration with Miss Z.

The night before her birthday, I put together a small gift box of goodies and put it under her bed.   This is a favorite tradition for Zoe, although I’ve forgotten to do it here and there. 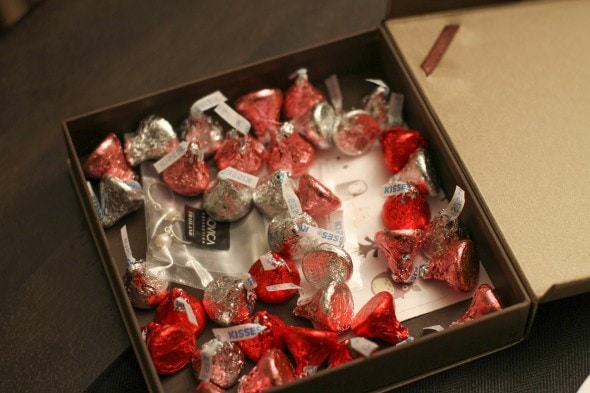 I put a Studio Ghibli sticker, some kisses, and a pair of Novica earrings in the box.   I got the Novica earrings a little while back with a coupon code they sent to email subscribers.

Zoe’s never worn dangly earrings before, so she was pretty excited to put them on. 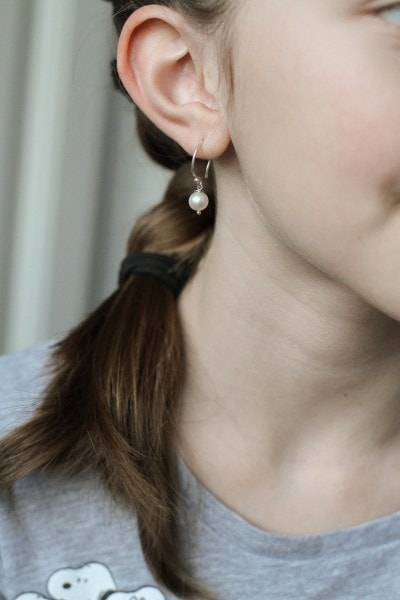 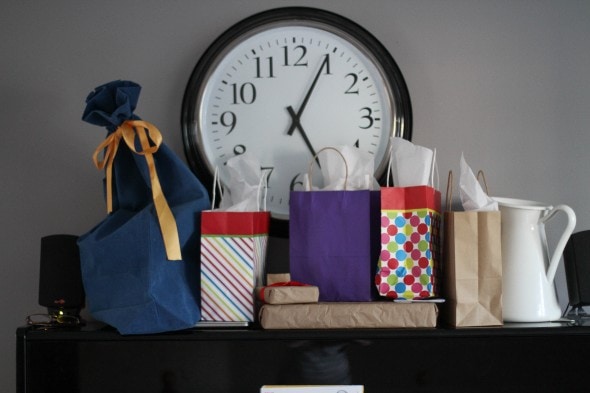 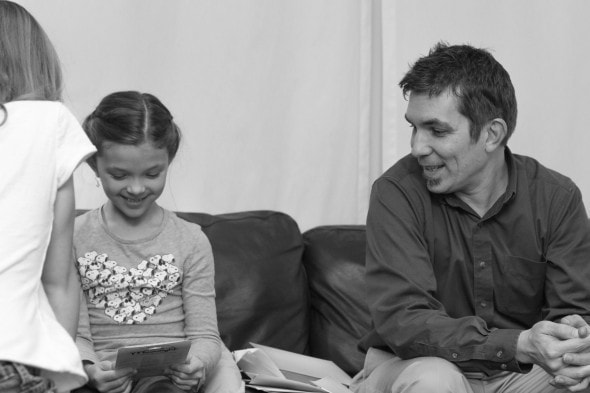 Zoe got drawing supplies and a hamster calendar from her siblings. 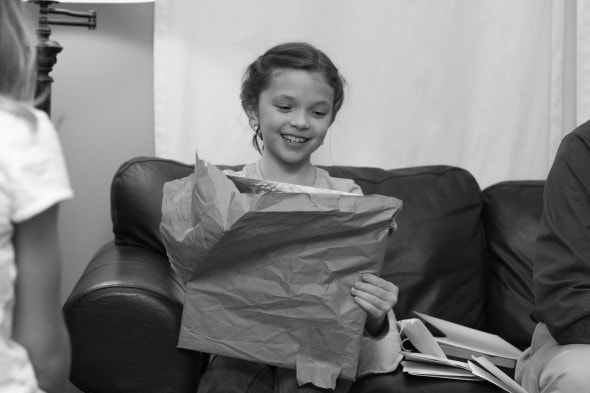 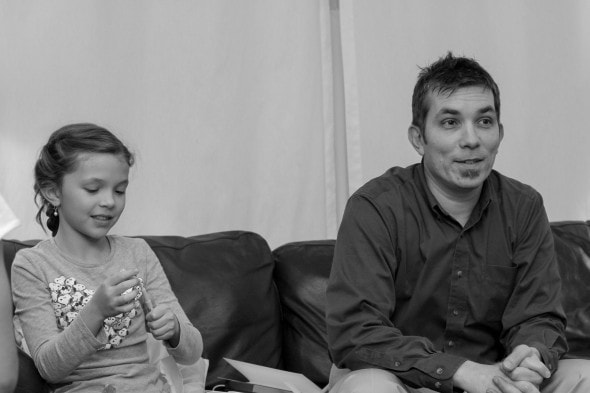 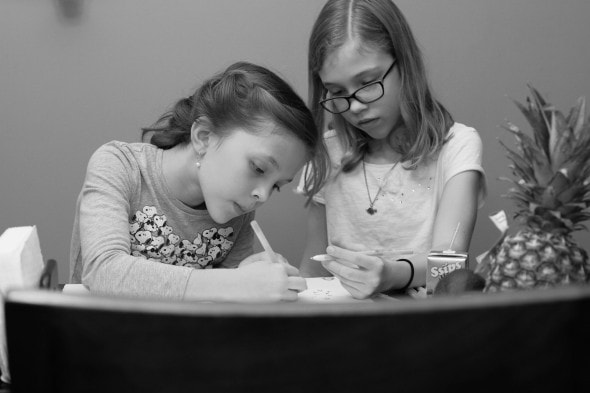 I did a bunch of research on backpacks, checking places like Lands’ End and Pottery Barn, but even places like that got low marks for things like flimsy telescoping handles.

Several of you had recommended Jansport as a long-lasting brand, so we splurged a bit and got her one, which we hope will last her somewhere around forever. 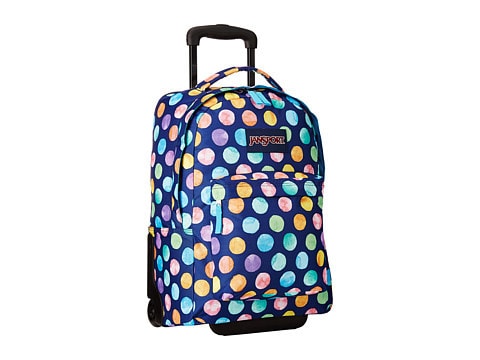 I told you about their birthday dinner in Friday’s menu post, of course, so you know that we had ice cream crunch cake. 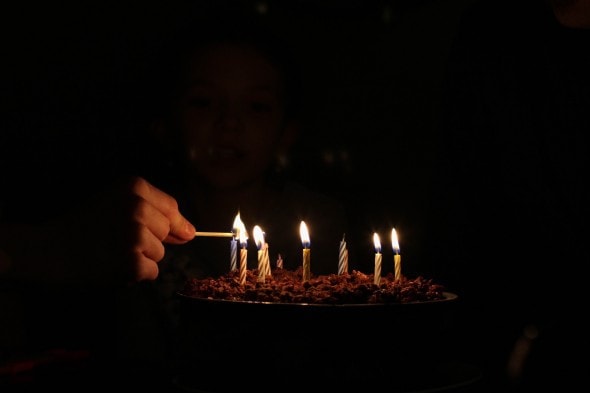 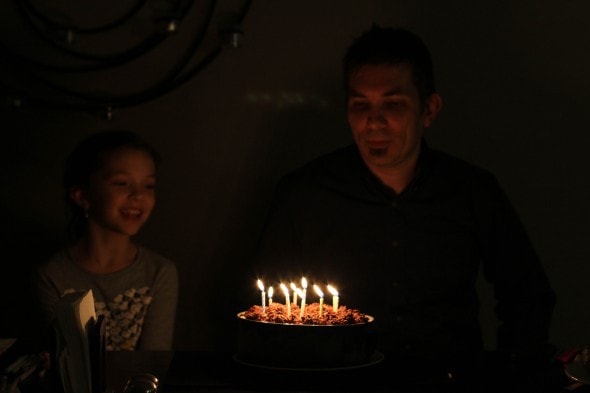 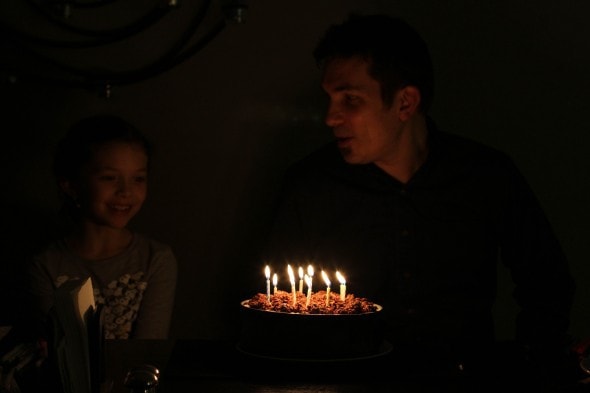 So, that wrapped up our birthday celebration for these two.

(Joshua’s birthday is all by itself in September!)

I see more ice cream cake in our near future.   😉

HAPPY BIRTHDAY to Zoe and Mr. FG! The Jansport is an excellent choice. I have used the warranty and the new one sent is awesome as well as the 10 year old one that ripped. Just had to pay shipping to them. Love quality products.

Happy birthday to Zoe and your husband, too. My youngest is also 10 ... I'm trying to hold on to the sweet "little girl" moments.

We've had the best luck with Jansport backpacks in comparison with all the other brands we have tried, but I don't have any feedback for you on a rolling style.

Happy birthday to Zoe! She's a darling girl. I love the little birthday box slipped under her bed. So simple, but so sweet and special! Enjoy being 10, Zoe!

Our daughter has had two Jansport backpacks over the years, and they BY FAR hold up better than any other brand we've tried! They get some pretty heavy use...daily to school...then to sporting events...on the floor of the bus, etc. and of course they carry what seems like a crazy amount of weight in them without tearing. If Zoey's lasts as long as ours have, she'll be tired of it long before it wears out! :)

Oops...spelled her name wrong. Sorry! Mine has been spelled wrong all my life, so I'm usually pretty careful about that!

Good Jansport choice: our son used his through high school, college, med. school, residency, and still uses it at age almost 37. Same for the SONY clock radio. Nothing else has ever worn so well for us. I read your blog first thing every a.m. and have for 6 years. Caught up right away on the missed wo years after discovering you.Thanks you so much for your contribution to our lives. Zoe is adorable still and will always be, I am sure.