First, a big ol’ thank you to all of you for your kind and gracious comments on the post where I shared how I’ve been struggling in the cooking arena since my anatomy and physiology class started. 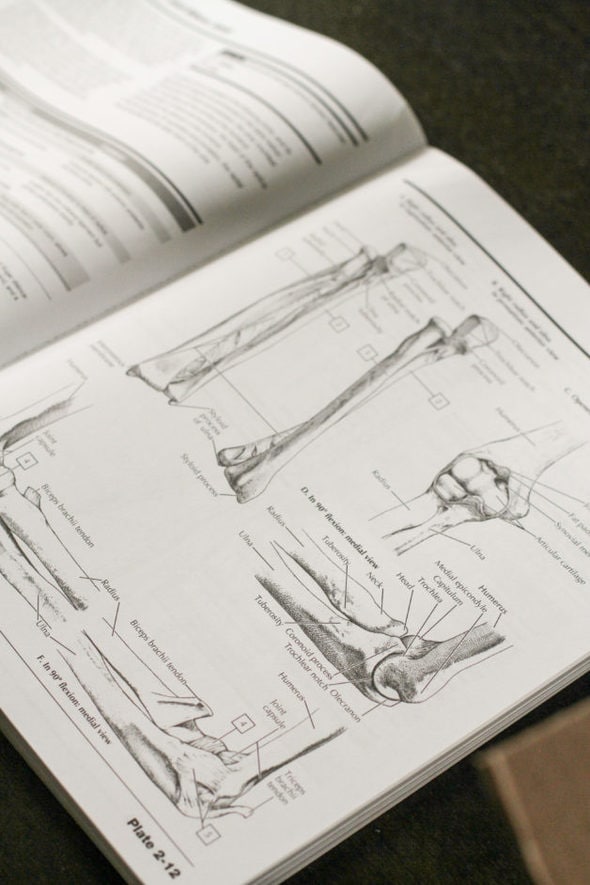 A lot of you accurately saw what was going on. You are right; I am comparing my current situation to a time when my kids were all little and I had less going on outside the house. It’s not super logical for me to expect myself to have quite as much time to spend in the kitchen now as I did then.

Also, you all are right about how working hard right now is not a waste of time. Anatomy and Physiology builds on itself, and I am pretty sure that a lot of my future nursing training will build on what I learn now. So, it’s better to do a thorough job. 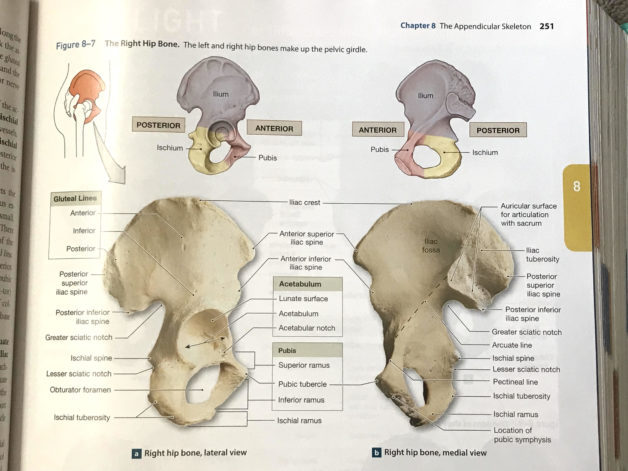 My friend Mia (a fellow nursing student!) told me about a classmate who barely studied and thus, barely passed A&P. Then down the road, she really hit a wall in a class that required A&P knowledge and she had to take that class twice.

So, I remind myself: classes are expensive. (Way more expensive than takeout, actually.) So, if I skip cooking here and there in order to pass a class, that’s still smart.

In light of all that, here’s how I’m planning to navigate the rest of this semester (7 more weeks).

Ok, and also next semester because I will be in Anatomy and Physiology 2.

(School year 2022-2023 should be much easier because I only will need microbiology and developmental psychology.)

1. I bought a crockpot

I have only ever had a Wal-mart cheapie crockpot, and it is SUPER ANNOYING to use because you can’t remove the crock part for washing.

Also, it’s really small, which means that sometimes I can’t fit a whole recipe’s worth of food into it.

So, I read the Cook’s Country reviews and ordered the Kitchen-Aid slow-cooker they recommended.

2. I got an America’s Test Kitchen slow cooker cookbook from the library

I have been a little unimpressed with the crockpot fare I’ve often seen, but I am hopeful that America’s Test Kitchen will have better offerings for me.

I also browsed through the Budget Bytes list of slow-cooker recipes, and I think maybe I will give this teriyaki chicken one a try.

3. I’m going to designate one night as a no-cooking night

On Wednesdays, we have a lot going on schedule-wise, so I am waving the white flag when it comes to cooking that night. Between being busy and all of us not being home at dinnertime, we are going to do a fend-for-yourself or takeout night on Wednesdays.

Hopefully having that reprieve will help me feel more motivated on the other nights.

He’s going to take over on Sunday nights, and since we do our date night on Saturdays, this means I don’t have to cook at all on the weekend.

5. I am going to guiltlessly press the easy button

French toast and OJ can be a dinner. 🙂

Mr. FG and I did our date night at Panda Express (where we used my survey coupon!) It was a $12 meal for the two of us, which is pretty darn affordable. 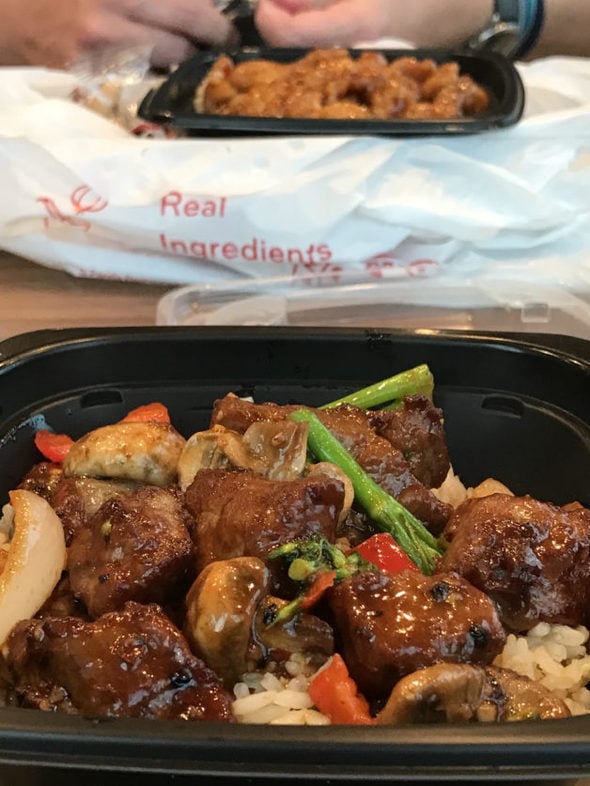 Mr. FG had not started his Sunday cooking pattern yet, so we used a Panera gift card to get dinner for the four of us. I only had to spend $2 out of pocket for our meal.

I grilled some chicken sausages, which we ate on buns. Chips plus a fruit salad on the side. 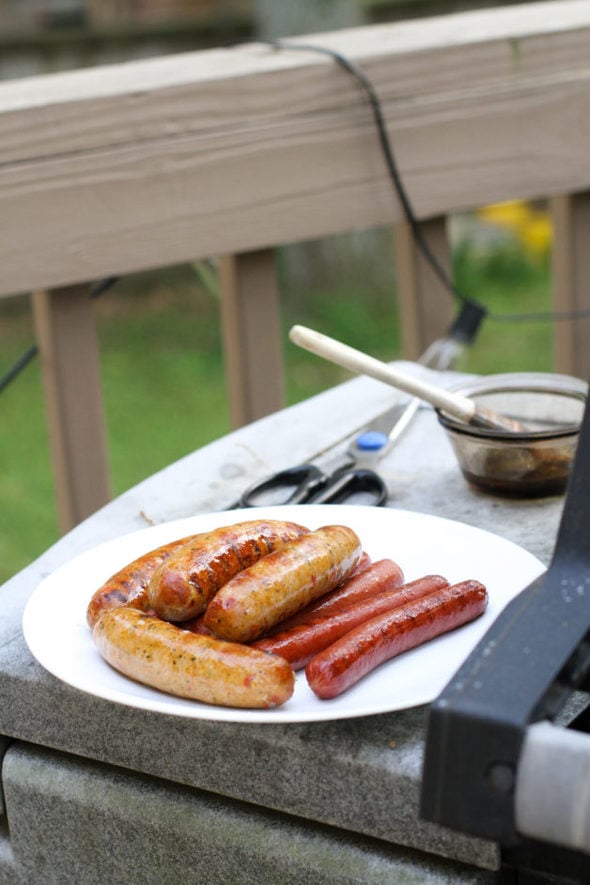 I tried a Pioneer Woman recipe for sesame noodles and I also rummaged through the freezer and found some marked-down steaks and some chicken, which I sauteed for us to add on top of the noodles.

Recipe verdict: the flavor was good, but the sauce was so thin, it just drained right into the bottom of the bowl. I think some thickening would improve it immensely.

My no-cook night! Sonia chose to eat some leftover sesame noodles and chicken, I picked up fast food for Zoe, I got a bowl from Noodles and Company while Zoe was at youth group, and Mr. FG got a sandwich from Arby’s. 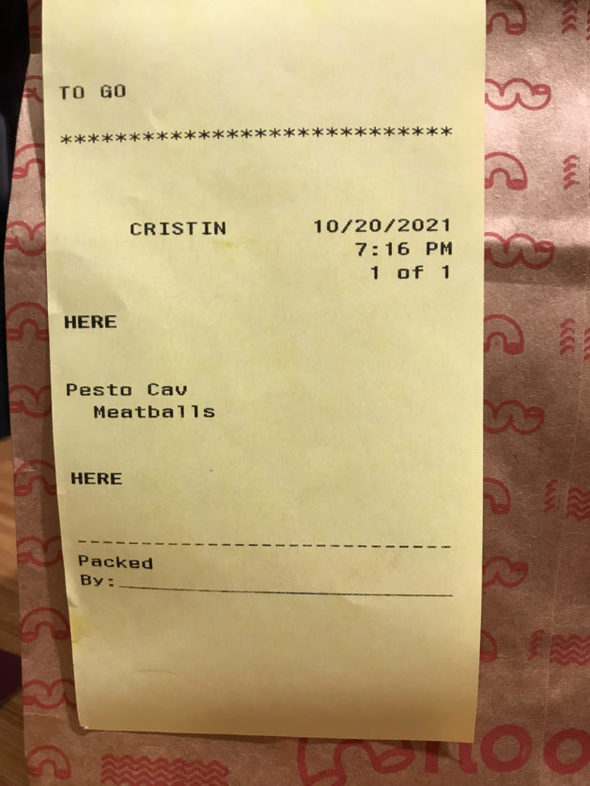 People don’t usually mispronounce my name, but they DO often spell it wrong!

I spent a lot of the day looking at cadaver slides* to learn muscles, so I made French toast and called it a night.

(*It is a very good thing that I am not easily grossed out. This is probably true of most students pursuing a medical degree!)

Zoe might want me to take her and a friend thrift store shopping, so I’m not sure what to plan for dinner. If we go thrifting, then it will be something quick!

I’m late reading this post and I didn’t read all the comments. But, I have to suggest you look at the blog AYear of Slow cooking. Stephanie has some great crockpot recipes. I’ve made many of them. I usually cut the amount of sweetener she puts in, I think she caters more to her children’s tastebuds. But her writing and recipe reviews are fun.

What are your favorites from her site? Help me narrow them down!

I had a mentor give me the same advice about the importance of Anatomy in my first year of med school. I went all in trying to remember everything and at the time it felt overwhelming. This was definitely a “drinking from the fire hose” course. But it does make many subsequent courses SO much easier to have this foundation. I love the pics of your A&P textbook. Brings back nostalgia memories of late nights with a big stack of note cards. Mnemonic devices and pairing of questions structures on on the cards (i.e.: muscles of the rotator cuff include…) helped a lot. When I was going through anatomy I cooked only 1 night per week (Fridays after tests) & my husband was responsible for feeding us the rest of the nights. You’re a rockstar to still be cooking several nights per week!!

I'm a long time reader but have never posted before. I found your blog when I was looking for a roasted carrot recipe and loved the recipe and your style so much that I've stayed for years. Yours is the only blog that I follow and I so appreciate your positive outlook and encouragement. I always thought of posts as taking up time from the blogger, but your comments about feeling like you have a community because of the posts have encouraged me to post. I love sharing recipes and I have a few slow cooker recipes that my family loves, so this seemed like the perfect time to finally speak up. Thanks to the other readers who shared their favorite slow cooker recipes...I'm looking forward to trying them. I find that although my recipes share the common denominator of shredded meat, they all have relatively different flavors so that they don't end up tasting like the same meal.

All of these are great to freeze if you have extra.

And here is one of my favorite super easy oven recipes I thought I'd throw in because I can never believe how easy and yet delicious it is.

I'll look forward to seeing what recipes you try and post as you experiment with your new slow cooker. I have the ATK recommended Kitchen Aid and I love it.

Oh yes, I love to read comments! So, I'm very glad you de-lurked.

Thank you for the recipe ideas; I honestly think that shredded meat is one of the best uses for a slow-cooker, so I will check these out.

Thank you for talking about having trouble cooking sometimes. Sometimes it fees like everyone else always has it together and always cooks and I'm the only one spending way too much on delivery and takeout. It's nice to know it's not just me. :-) Thank you for talking about guiltlessly pressing the easy button! I have a tendency to overly complicate meals, and that's something I'm going to work on going forward.

We just got back from vacation, where we planned on eating quite a few meals out. Now that we're home, I'm working on a cooking reset of my own. Plus, I go back to the office next week after mostly working from home since March of 2020. I'm looking forward to going back, but I know it will be an adjustment that could make cooking even less likely to happen. So I'm definitely going to be following along with your cooking reset!

Good luck with your crock pot! I absolutely love crock pot cooking. I have five in various sizes and use them all throughout the year. One thing about ATK crock pot recipes is that the time seems to be WAY TOO LONG. I've had good luck shaving 30 minutes to an hour off of the lowest time they recommend ( if it says 4 - 5 hours, cook it for 3 - 3.5, etc.) Every time I've cooked it for the entire recommended time, the food has turned into mush. Good Cheap Eats is another site that has a lot of good crock pot recipes. They're filed under "slow cooker" rather than "crock pot" in the recipe index.

Good for you! Priorities change, and it`s perfectly fine. I can`t live without my crock-pot, and I`m all about easy recipes. A no-cooking night? Yes please!! I cook because I have a family to feed, that's it (I don`t enjoy it one bit).

Ahhhh, anatomy classes!! I remember those days!! It`s HARD, so give yourself a break about the rest :)