Hey, friends. Happy Friday to you!   I hope your weekend is full of good things.

(Our forecast has been flirting with the possibility of snow. Geez.) 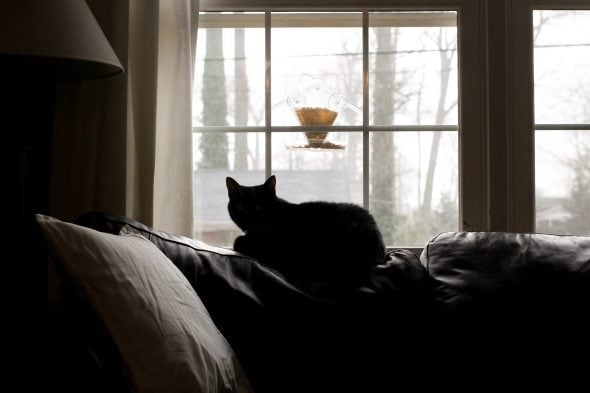 On Friday, I went to Aldi and another grocery store.

On Saturday, my Hungry Harvest arrived.

Then later in the week, I had several other miscellaneous trips that added up to $68. 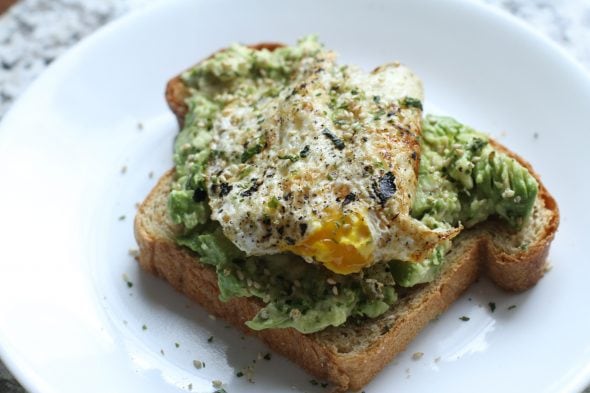 And that means I’m starting out April $38 over budget.

On the other hand, we did a super bang-up job of not eating dinner out except for our date night (which was very cheap), and Mr. FG hasn’t eaten out for lunch any days this week at all.

Plus, it’s the beginning of the month, so I have lots of time for this to all balance out.

(Sandwiches are one of my cheap date night tricks!)

I made pizza. One white, with garlic oil in place of tomato sauce…. 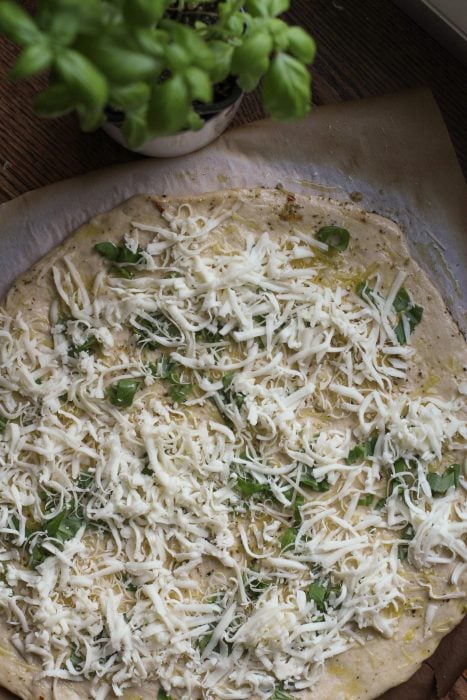 and one regular with pepperoni and tomato sauce. 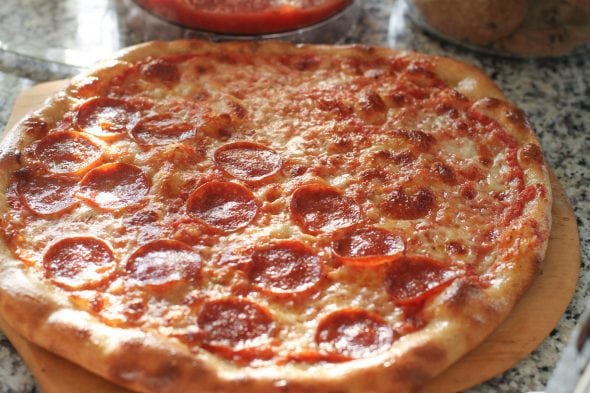 I made hibachi, because my Hungry Harvest box gave me 4 big zucchini! 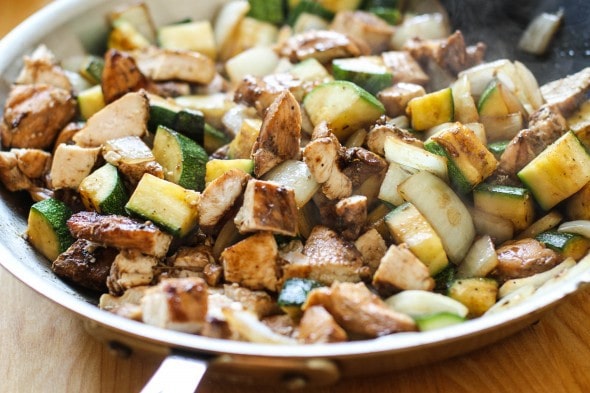 Two down, two to go.

We had slow-cooker Japanese pork ramen soup.   I also sauteed frozen wontons from Costco to eat on the side, and we had some raw veggies. 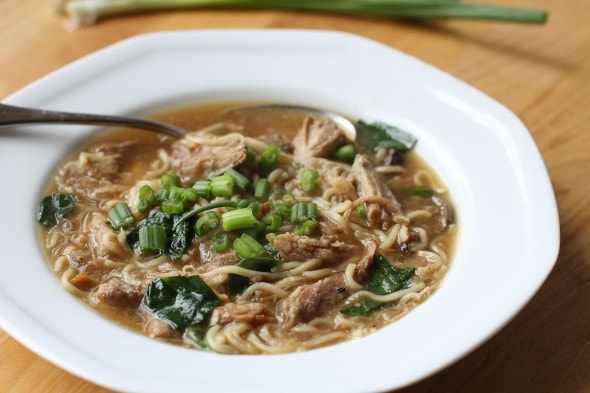 I made Swedish Meatballs, which should have been over noodles.

But I didn’t realize I was out of egg noodles, so I cooked some angel hair pasta instead. 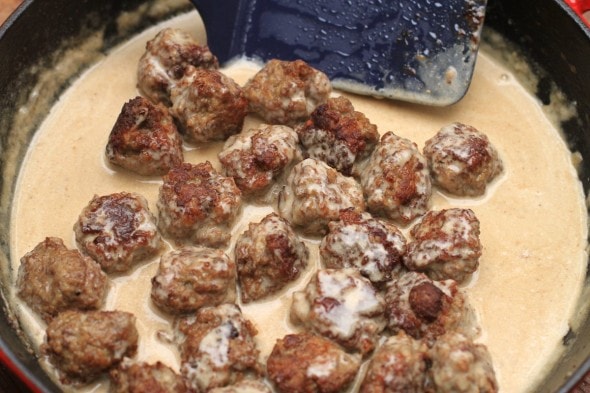 The verdict is that this is weird, for some unknown reason. You wouldn’t think it would matter (pasta and egg noodles aren’t wildly different!), but I guess it does.

Make sure you have noodles, people.

We also had a green salad. 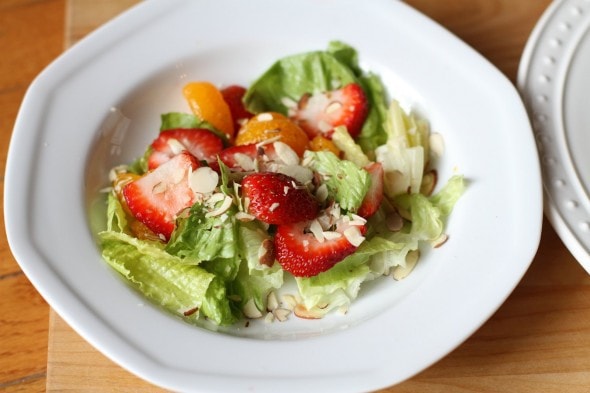 I roasted a spatchcocked, salted chicken, made a pan of scalloped potatoes, and sauteed some beans. 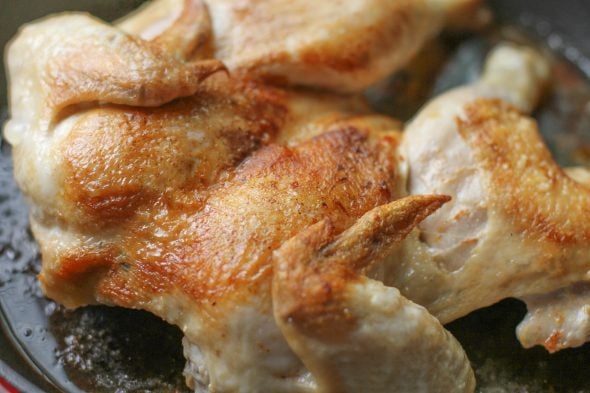 And we had some homemade applesauce from the freezer as well.

I was thinking about making pizza, but I’ve kind of been liking this Sunday night pizza thing we’ve been doing lately.   So perhaps I’ll do something else instead.

What did you make for dinner this week?

Hi everyone! Everything sounds good. Let me see if I can remember this week. It’s been insane. I am pregnant with twins AND I just put my 4 other kiddos in swim lessons 5 days a week. I’m tired.lol

Monday: dance classes right after school so it was leftover shredded thanksgiving turkey and black bean tacos with homemade salsa and guacamole. Tuesday: skillet ziti from cooks illustrated. So good. I use turkey sausage and fresh ricotta. No leftovers this night. Wednesday: crispy skin salmon bowls with brown rice, roasted veggies, homemade tzatiki sauce, fresh figs and blackberries for dessert. Thursday: leftovers. Yeehaw Friday: 2 take and bake pizzas from Costco. I didn’t have time to make my usual homemade pizza so, I figured $16 is cheaper than the $65 it costs us to order pizza. They were eh, ok and passable for the kids but I had a salad instead. The dough tasted kind of premade , not the chewy yeasty homemade crust I’m used to. Kids didn’t complain so it’s a win though. Lol Sat: my 11 month old was up all night with teething pain, so I have NO idea. She is currently asleep on my shoulder and I am sitting with my feet up. Lol. It might be leftovers reimagined. Lol Sunday: prob homemade bbq meatballs and leftover mashed potatoes

Oh my, I bet you ARE tired!

Saturday: fish cooked with tomato and crushed garlic, with broccoli and potatoes. Sunday: spinach and cheese ravioli with meatballs and tomato sauce. Monday: I can't remember, but I know we had leftover pasta. Tuesday: BBQ chicken and mashed potato for one, chicken sandwich for another one, and my daughter and I shared a packet of mac and cheese as neither of us were that hungry. Wednesday: individual egg and bacon and chicken and vegetable pies. Thursday: similar fish and vegetables to Saturday. Friday: McDonalds burgers for 2, cooked tuna sushi, strawberries, and Easter chocolate for my daughter and a huge beef burrito that I couldn't finish for me.

We had: Monday: I honestly don't remember what, I just remember it was leftovers from Easter. Tuesday: Soup and salad: A homemade clam chowder, little side salad and sourdough. Wednesday: Taco salad topped with tuna and beans and other taco stuff. Thursday: Egg, potato and avocado scramble with a lot of kimchi on top and a berry and mango fruit salad on the side Friday: It's been snowing for hours, and this being the Colorado Rockies, it's not strange or anything, but April snow is the WORST, because it's so very wet and awful and I'm just totally over it by now. Every year. Kills my motivation. So though there was a shrimp curry planned, I feel like phoning it in and going with frozen pizza and garlicky kale. So I think I shall.

It was such a difficult work week I came home almost every night and vegged in front of the TV. Anything else seemed completely overwhelming. So my menu is not the healthiest and I didn't cook a whole lot.

Saturday I had a hot dog. Can't remember if I ate anything with it. Sunday/Monday - I cooked! Pork chops and mashed potatoes with country gravy and steamed broccoli. Tuesday - Another hotdog with oven fries. Wednesday - An out-of-state friend drove into town and we went out to dinner. We split a salad and a white pizza. (Bonus: they made us the wrong pizza by accident so they remade our pizza but sent us home with the first one for free - hello lunches.) Thursday - I picked up a rotisserie chicken from the supermarket and meant to eat it with broccoli from my fridge but my broccoli was looking super-sad so I just popped some grape tomatoes on my plate and called it good. I also made some stovetop stuffing. Friday - something with the leftover chicken - Chicken sandwich? Tacos? Or I might just snack on the drumsticks since I have been feeling super fancy this week.

I hope next week is easier for you!