I haven’t added up my spending as of the beginning of this blog post, but I’m pretty sure I’m going to start out July a little over! 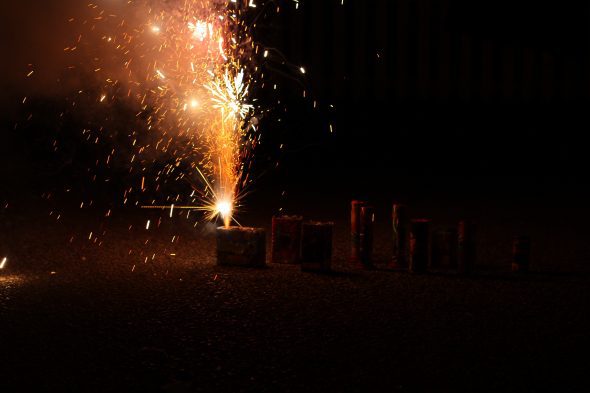 I did a 100% terrible job of photographing my groceries this week, so please enjoy some 4th of July photos interspersed instead. 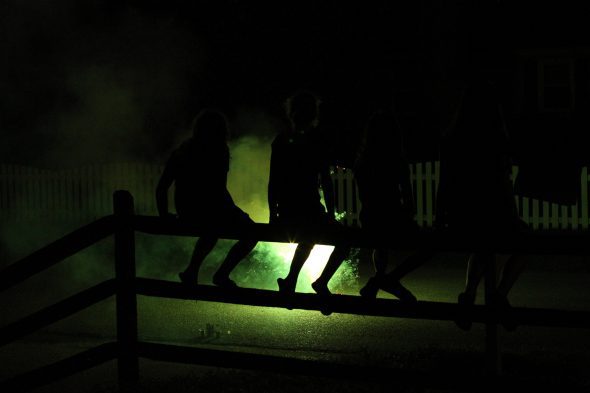 Let’s see where I stand: 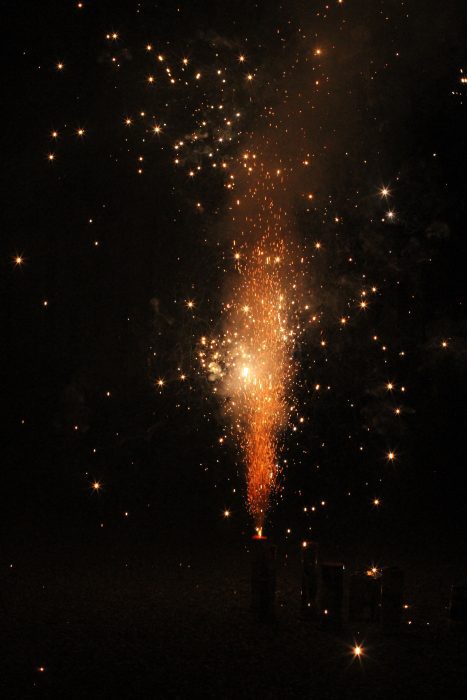 I spent $97.82 at Costco on frozen fruit, butter, a box of cereal ($3.50 for a double pack of Honey Bunches of Oats, which my kids love), a package of sausages, two loaves of bread, and a box of nut bars. 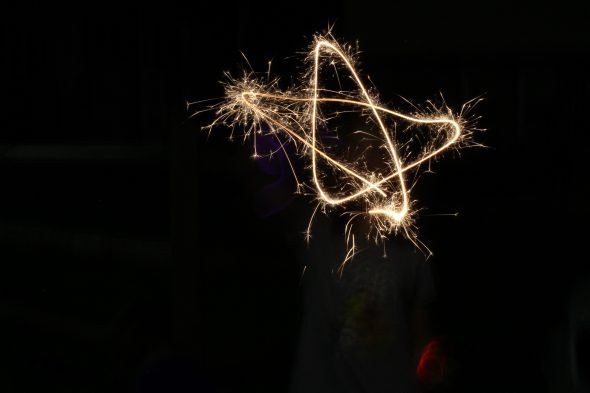 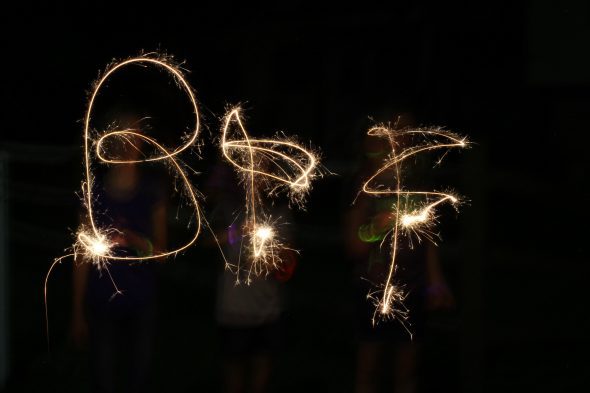 I am definitely not going to need to go to Costco again before July is over, though. 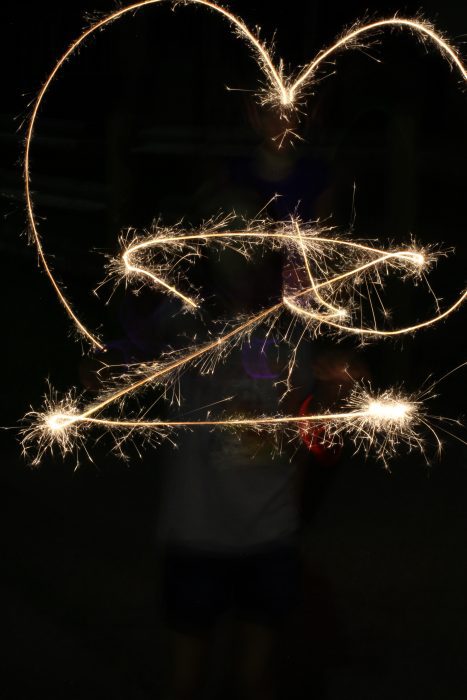 Which means that things will average out over the rest of the month.

This was not my best week when it came to serving veggies at dinner.   Whoops.   Good thing I start each day by making a green smoothie.

I tried the pork kebabs, which were weird. 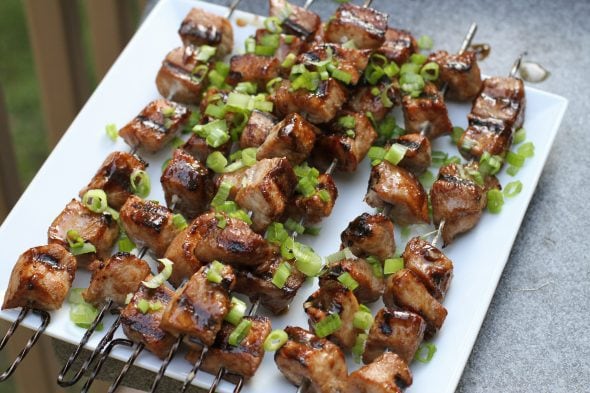 To go with them, I made a fruit salad and toasted some bread.

I sliced up some cucumbers too.

This was the Fourth of July, so I grilled some chicken sausages from Costco (in the rain, no less.)   We also had veggie chips and watermelon.

I was out all day and had no dinner plan. (fail!)

But I had some chicken tenderloins in the fridge, so I salted, peppered, and oiled those and grilled them. 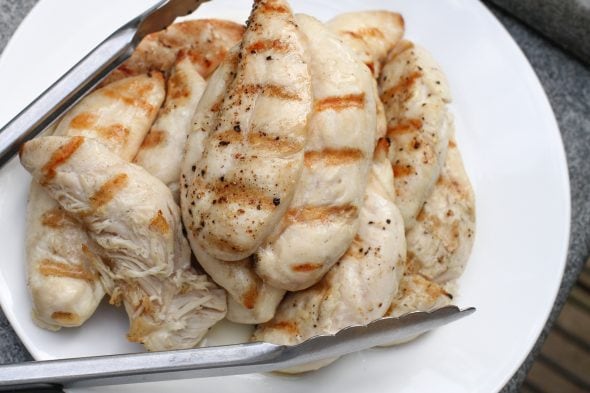 Then I shredded them, mixed them with barbecue sauce and served the pulled chicken mixture on buns.

(Which were a combo of hot dog shaped buns with a few hamburger buns in the mix.)

I rummaged around in the fridge for odds and ends of fruit and mixed them with a can of peaches to make a fruit salad.

It was music rehearsal night at church, which usually means it’s a night of randomness for us. Mr. FG ate a sandwich, the girls had mac n cheese, and Joshua ate a slice of pizza.   I wasn’t hungry due to a large, late lunch, so I just toasted half a bagel.

I have book club tomorrow night, which means I won’t be able to do a date night with Mr. FG then.   So, I’m thinking maybe we’ll bump that to tonight instead.

Mr. FG has an insatiable appetite for pizza, though, so it is entirely possible we’ll go get pizza somewhere.

What did you end up eating this week?

I love, love, love Costco. I am guilty of majorly overshopping at Costco. It is my heaven~

This week we ate:

It was so great meeting you in person at book club, Kristen. I'm sure I'm not the only person who reads all your blog entries but never bothers to leave a comment. It's silly how excited I got over the fact that we shop at the same Aldi. Keep up the great work - your blog is super!

Woohoo!!! You delurked. So good to hear from you. And it was lovely to meet you too. :)

We have had a wild two weeks...first my sister and her family for five days then my brother in law and his kids for a week. Lots of parties, a lot of rich food and amazing company:)

We ate lobstah and steamers (plus chicken) that my other sister in law brought from Maine. Tuesday was grilled meat galore...plus many salads. Wednesday we were actually home and had spaghetti with sausage and veggie sticks. Thursday was an all day adventure to a river swimming spot in northern NH so the kids and hubs had LO spaghetti and I don't remember what I had. Last night I made pizza and veggie sticks. Tonight we grilled burgers and dogs and had coleslaw and the first fresh picked broccoli from our garden.

My budget has risen a bit over the past six months. We average about $200/week for the four of us.

I'd love to hear what you are reading for book club? I've been in the same book club for 5 years now and couldn't live without it!

I went a bit overbudget but I don't remember how much. Let's see:

Sat/Sun: Chicken in wine sauce, rice, steamed broccoli. Mon: BLT Tues: I had family come over and we ate tri-tip, potato salad, corn saute, green salad, garlic bread and cherries for dessert! Wed/Thurs: Pulled pork tacos Fri: We finally got a Chik Fil A in our neck of the woods so I stopped there after work for dinner. As fast food chicken goes, I thought it was pretty good but I had really high expectations and was a bit underwhelmed overall. One should never overestimate fast food I guess. :-)

Part of the Chick-fil-a mystique is how well they treat their customers and staff, rather than the taste of their food. The owners' religious views as expressed via Chick-fil-a policies is also a Big Deal, and tends to generate strong opinions, pro and con.