I started out the week with a $73 trip to Aldi last Friday.

And then I spent $106 on several other midweek trips.

So, I spent $236.98 this week.   Good heavens.   That technically leaves me with $27 to get through next week, but I can tell you right now that that’s not going to happen!

I had book club, which preempted our usual date night.   So we got two carryout pizzas to eat with the kids before my book club meeting.

I made Asian chicken lettuce wraps for lunch after church, and then in the evening we had a snacky meal (cold cuts, cheese, crackers, fruit, veggies, hummus, etc.) 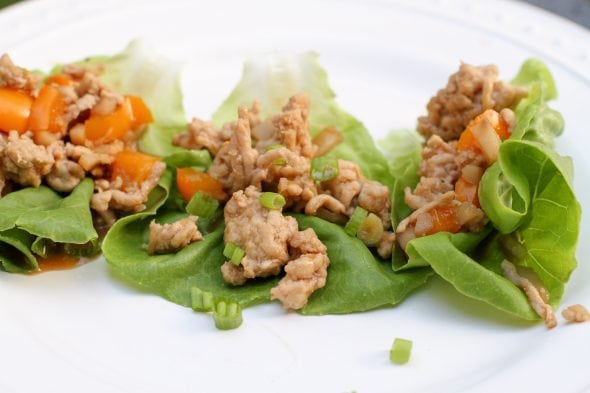 I tried a new recipe from my last Cook’s Illustrated magazine, for Thai mango chicken salad over Bibb lettuce.

I would tell you what we ate with the chicken salad if I could.   But I can’t remember.

I tried a new recipe again, this time from my latest Cook’s Country magazine…Latin pork and rice.   It was tasty, but a little bit on the too salty side.   I’ll probably make it again, just with a little less salt.

It was a bit of a rough day (One of my kids was in a car accident.   The car isn’t fine, but the kid is, so it’s ok. Still stressful, though.)

I REALLY DID NOT feel like cooking dinner because I was pretty mentally exhausted, but I made a meal anyway.

I threw some shrimp, kielbasa, zucchini, peppers, and onions on the grill, toasted some whole wheat English muffins, and called it dinner.

Mr. FG had dinner with a friend, and the kids and I had sausage, buttermilk waffles, and honeydew melon.

Except I underestimated how many waffles I needed to make, so Joshua and I made ourselves some avocado toast after the waffles were gone. 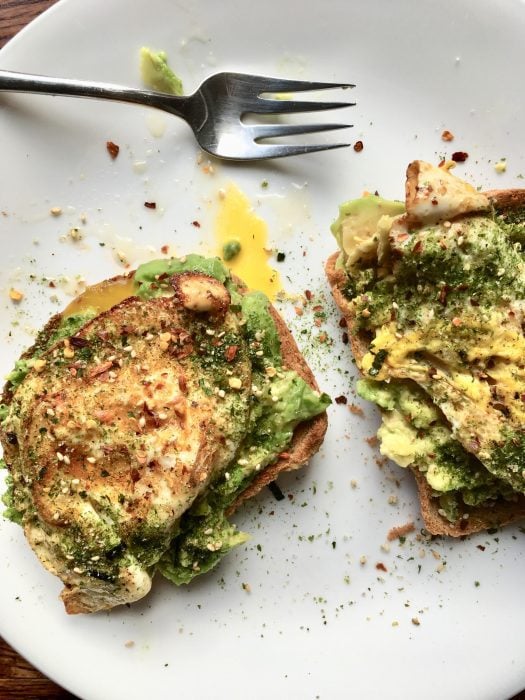 I have not decided yet.   I do have some thick-cut pork chops in the fridge, and my Cook’s Illustrated magazine has a recipe for coating them with panko.   So maybe I’ll give that a shot.

I don't usually comment on these food post, but seen tat one of your children was in a car accident. I can so relate & its not easy.......my child was in the hospital for a week & had 3 surgeries & ended up with plates & screws in them. Also several weeks of Dr. appointments before released completely. I hope they will be not to sore. Praying for you as a mother because it is hard.

Oh my goodness. Your poor kiddo. And you! Luckily, Joshua emerged from the accident just fine; it's just his car that got pretty wrecked. So we are grateful for that.

Monday: veggie burgers on wheat buns, homemade baked steak fries and some fruit, berries? Tuesday: BBQ salmon, large green side salad w/ apples and walnuts Wednesday: Papa John's. Unfortunately going out was just inevitable through no fault of my own. Long story. But it was perfect timing actually, as it was a fundraiser night for my kiddo's PTO. They were running a special for large pizzas at $5.99 each. Bought two and had enough to feed my six- year- old, my endless appetite husband, myself and a hungry guest, plus leftovers for the whole family for lunch next day. So not bad for $13! We had grapes on the side. Thursday: scrambled eggs, diced potatoes, and avocado with kimchi atop Friday: taco salad, meat free (and tomato free because I had none), just: greens, avocado, black beans, tortilla chips, ranch, cheddar cheese, olives

So glad Joshua is ok & well done to him for getting back on the horse, My budget is going fine but we have some ongoing issues with the kitchen so it's been really hard to do food prep & I've been resorting to freezer meals which fill me up but are not particularly nutritious. I did a thai beef & noodle takeaway last night that had lots of fresh veg but I am sooo unmotivated to do meal planning & prep this wk but 'I shall conquer this; I shall!' ( Colin Firth in Darcy - Lizzy as my niece calls it)

Ditto to say sorry about the accident, glad all involved are ok.

I am anxiously waiting for baseball and softball game schedules so I can do some long term planning. I hate having to buy on the road.

It's been a crockpot kind of week.

We've had chicken soup, chili, roast beef and a bubble Mexican dish. Today, the crocker has frozen beef and onions in there for a potential pizza Stromboli, but it may turn into a spaghetti sauce or a ziti It just depends on if I want to venture outside due to the current sleet/snow conditions.

Today, the sleet and snow derailed our plans to explore a town. :(

I spent $155 in food this week that included a splurge on Omaha steaks as I had such great discounts, a free item and free shipping.