It’s been a bit since I’ve shared about what’s been on my reading table, so I thought we were due! 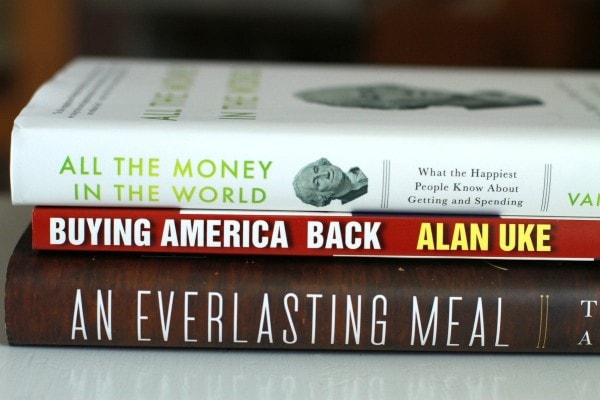 (If you’d like to find out more about each book, click on the title…that’ll take you to the Amazon page for each book)

All the Money in the World

This book is the newest from Laura Vanderkam, the author of 168 Hours. I enjoyed 168 Hours, even if I did disagree with some things in the book, so I was excited to dig into All The Money (we’ll just refer to it as ATM from here on out!) 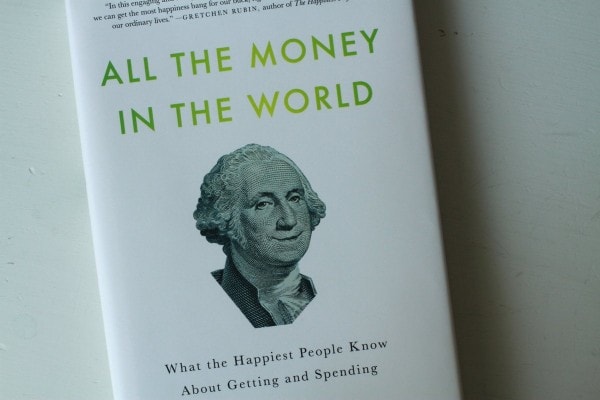 Vanderkam has a very engaging writing style…it just kind of draws you through the book without you even realizing it. I think that’s a remarkable quality in a non-fiction book, which doesn’t have the advantage of a plot to keep you reading!

ATM isn’t a typical personal finance or frugality book. There are no chapters on coupons or index funds or IRAs.

Rather, it’s a look at the relationship between money and happiness and how we can spend and save our money in ways that are meaningful.

An interesting thing Vanderkam points out is that sometimes, the big-ticket items in our lives are the ones bringing us the least happiness (and vice versa). For instance, it’s quite possible that you’d be happier living in a small home, buying $5 lattes every day than you’d be living in a “dream” home with no money for small extras.

She also points out that if the average couple spent less on the engagment ring/wedding/honeymoon, they could use that money to have regular date nights for years to come. I’m inclined to agree that the date nights would probably be a better choice for the health of the marriage.

I didn’t agree with everything in the book (I rarely do!), but ATM did make me think and it challenged some of the ways that I view money.

I’d definitely recommend it to you…it’s a fun and thought-provoking at the same time.

Mr. FG and I have been thinking more and more about ethical buying in the last year or two…we’re trying to look for local shopping options and we’re also looking for American-made products when we need to buy something (a task that’s pretty difficult, since most everything in the stores seems to be made in China!) 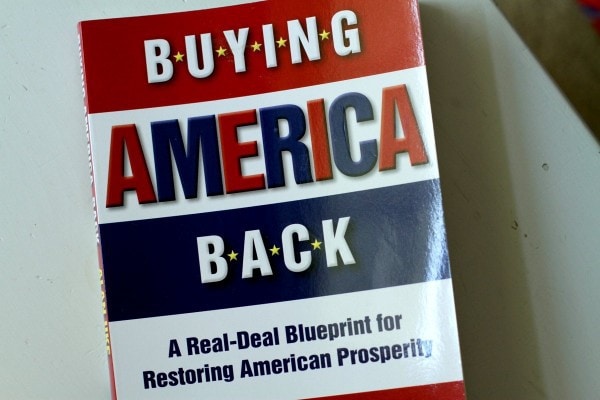 The book was written by Alan Uke, a successful businessman who walks the talk…he operates his manufacturing business right here in the U.S., using as many U.S.-made parts as possible.

The book explores the reasons that some other countries have been much more successful than the U.S. has at keeping a trade deficit at bay…for example, Germany, Japan, and Korea all have a much more balanced trade ratio than the U.S. does. Part of the reason for this is that the people in those countries go out of their way to purchase domestically-made products.

Uke is proposing a new labeling system, one that would list all the countries contributing to the product by percentage. This would allow you to choose between a product that’s 40% U.S. made and one that’s 10% U.S. made. It also would help you to choose products made by countries with which the U.S. has a good trade ratio (China is, uh, not one of those countries.)

It is true that consumers can vote with their dollars, and Uke says that’s the reason the local food movement has been successful. So, if we Americans would get behind buying American made products (or products that have a good trade ratio with us), we could indeed make a big difference.

I do wish it was simpler to find American-made products (especially clothing!), and if there were two of me, I’d love to start a website/blog devoted to finding and reviewing American-made products. I’ve looked, and there’s just not much out there, and what is there is very web 2.0 and disorganized.

If only there were more hours in the day.

I’d never heard of Tamar Adler before her publisher sent me this book, and after I read it, I started wondering how I could possibly have not heard of her before because she’s a really fantastic writer. 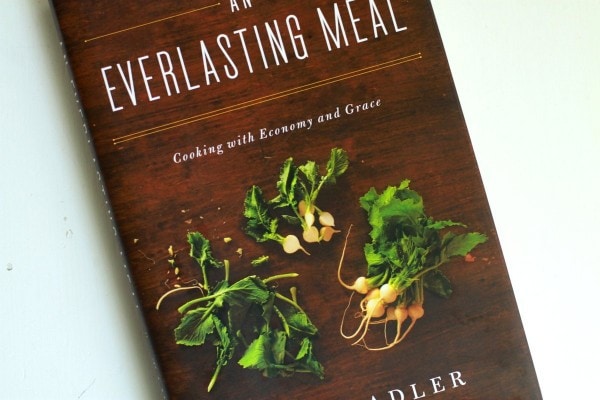 At its core, the book is about instinctive cooking, which is very much the opposite of the way I cook (Hi! My name is Kristen and I like detailed recipes.) But Adler makes it all sound so manageable and delicious and her choice of words is just so entertaining…I almost feel like I want to become one of those cooks who adds a pinch of this and a dash of that and tastes as she cooks.

Adler is a very resourceful cook…she uses lots of vegetables and inexpensive cuts of meats and stretches them to make many meals. She hates to waste anything, and advocates buying local, responsibly-raised food, so she’s a girl after my own heart (or maybe I’m a girl after her heart?)

In the chapter on eggs, she says:

“Beat two or three eggs in a bowl, adding a pinch of salt and a teaspoon of heavy cream if you want. This is not a trick, but an expression of the fact that things taste good with cream added.”

Mmm-hmm. Dairy cream has to be one of the best foods on the planet.

As if it weren’t enough that she loves cream, Adler even has a chapter on how to rescue mushy vegetables, burnt food, and more.

Whether you’re a new cook or a seasoned hand in the kitchen, I really think you’d enjoy this book. Actually, even if you don’t cook at all, Adler’s writing is good enough to keep you interested.

What have you been reading lately? And if you’ve read these books, do share your thoughts!

All of these books look really interesting. Why does my "to read" list keep growing? :)

While traveling last year we found the Made in America store and they also have a website http://www.madeinamericastore.com/ which is quite normal. :)

Hello... My name is Shawna and even if I go by a recipe I will always, always, always change it in some way. I don't think I have EVER gone strictly by a recipe. The everlasting meal sounds like a book I'd love!!! Thanks for the suggestion!!!!

I started reading An Everlasting Meal. I really enjoyed it as it has inspired me to cook more often and with what I have. Thank you for the recommendation. You continue to encourage me to do better.

I agree with buying American for new items, but buying used items made anywhere is still better for our planet and pocketbooks.