So. Yesterday I wrote about Elizabeth Cline’s book, Over-Dressed, but I didn’t have space to really delve into how the information in this book should practically affect our lives. 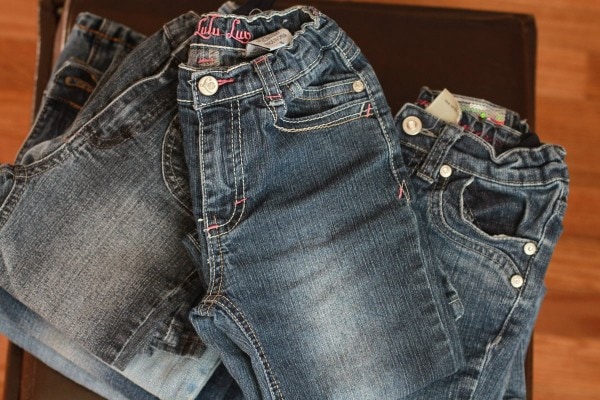 Though it’s nigh onto impossible to find clothing that’s not made in an overseas factory, there are some things we can do to start shifting the tide towards a more sustainable clothing culture. And not all of them require buying uber expensive clothing.

(This is a blog called the FRUGAL girl, after all.)

Here are some ideas, from Cline’s mind and mine:

The average American buys 68 pieces of clothing a year (that’s more than one per week!) Unless you’re a growing child or are changing sizes quickly, there’s no reason you need to obtain that much clothing in a year. Buy the amount of clothing you can really use.

(That’s a good principle for plenty of things other than clothes, by the way.)

If you’re buying fewer items, you can afford to spend more on each. Though it’s frustratingly difficult to find fair trade or domestically-made clothing, you can still look for quality. For instance, there’s generally a difference between a $4.99 shirt from China and a $29.99 shirt from China. Even though both may have come from a poorly run factory, a better quality shirt will last longer, and when you own items that last longer, you don’t have to support the clothing factory industry as often.

Plus, environmentally speaking, it’s much better to buy things that last.

The odder the item, the more likely it is to go out of style quickly. I’m not saying one should never purchase a fun, trendy item, but the more you stick to classic styles, the longer you can wear your clothes.

Classic clothes also tend to be pretty versatile, so you can get a lot of mileage out of them.

I’ve talked before about how mending can save you some serious cash. Sadly, mending is a bit of a lost skill, and there are many people today who throw away clothes simply because they don’t know how to sew on a missing button. A hole in a seam is also a super easy fix, and patching isn’t overwhelmingly difficult either.

Shoes can even be fixed if they’re of fairly decent quality (If the problem is beyond the help of Shoe Goo, use Google to find a shoe repair shop in your area.) 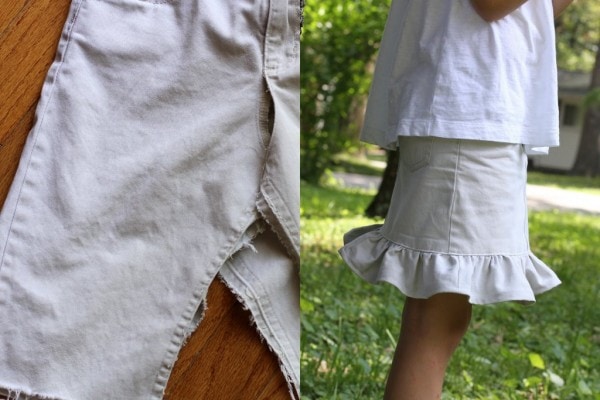 If you get a hole in the sleeve of your long-sleeved shirt, take a scissors and turn it into a short-sleeved shirt. Remove a collar that you hate. Replace buttons that are dated. Turn worn jeans or pants into a skirt. Throw faded clothes into a bucket of dye.

Or you can outsource the modifications. For instance, if you lose weight, you can hire a tailor to alter your wool coat so it still fits you. It’ll still probably be cheaper than buying a new one.

In days past, people actually made their own clothes, as unthinkable as that might seem to us. This might not be a practical solution for everyone, but if you enjoy creating things, consider sewing some of your own clothes. You can make something that fits you perfectly and that’s much higher quality than what you can buy.

(One should note, though, that you do have to obtain fabric somehow, and that may open another can of worms.)

This is infuriatingly difficult to do, because companies like Walmart say they care about worker conditions and point to their regular audits as evidence. But according to Cline, what Walmart doesn’t tell you is that they announce up to 3/4 of the audits ahead of time, which makes the audits pretty meaningless (of course the factory workers will get lunch breaks on the day the auditor is there.)

If you’re buying from a large corporation, I think you’re pretty much not going to find fair trade items, no matter what they say. And generally speaking, if a company who sells super cheap clothing says they care about worker conditions, they’re being deceptive because it’s not possible to produce cheap clothing while treating workers fairly.

Fair trade clothing is going to cost more than the stuff you can find at Forever 21, and that’s that.

Sure, a lot of the clothing in second hand stores came from horrible factories, but the fact of the matter is, those clothes have already been produced and sold. When you buy them, no money goes to sweatshops, you’re making use of something someone else didn’t want, and you’re also helping to make a dent in the glut of clothing second hand stores receive.

What do you think? I’m sure there are more good ideas that haven’t occurred to me, so please share your ideas in the comments.

Another good thing about buying from thrift stores is often thrift stores are run by a charitable organization that directly helps your community. One of my favorite thrift stores ever directly helped homeless people and hired them on as workers when no one else would to help improve their conditions. Another thrift store I love gives a lot of its proceeds to those who live in impoverished circumstances, and they even give these people things they need, like enough money to keep their power on, etc. So, while the clothes MIGHT have been from third world countries previously (which is not good), at least they are now helping to contribute to something worthwhile.

I am able to find good-sized pieces of fabric at thrift stores quite cheap. Yesterday was a 50% off day at my favorite thrift store, and I got 7 yards of nice fabric for $5 and 4 yards of quilting cotton for $4. I have a good stash of fabric that I have found that way, and I can make clothes for my grandkids or myself, or quilts, etc. And a lot of it is better quality than what I would have bought in a fabric store on sale.

The American Giant brand mentioned a couple of replies above mine just released its women's line on May 16, by the way.

I originally went the thrift store route to motivate myself to lose weight...until I discovered better thrift stores. There is an upscale resale shop near my workplace, staffed by volunteers, and all the proceeds go to help families in the immediate community. Now, I buy the majority of my work clothing there. For me, the key to finding a good thrift store and then building a wardrobe is to visit many stores, and when I find a good one, visit regularly. If I have an immediate need, I will rarely find it, but I will find another great item instead. For example, I jumped for joy earlier this afternoon because I found a dress in a style that is incredibly flattering for the body I have right now. Still keeping an eye out for a suit.

Thank you for this post. These are great suggestions. While I am all about changing our shopping habits (I love me some thrift), and agree that we need to just consume less, period, I also think we need to change the global economic system on a whole. There is no reason CEOs should be making millions of dollars, while those working in factories are barely able to survive. I believe that the key to saving the environment and making sure the members of our global community are not being exploited, is to tear down the model that encourages corporations to manufacture clothing overseas in the first place. This is a three-pronged issue involving those who rely on corporations for work because their own economies aren't sustainable, corporations who cash in on this by treating those workers horribly, and those of us who are in a position to change our shopping habits AND improve the global economies of third world nations through helping them become self-sustaining.

I wrote a blog post about this issue that goes into more detail if you are interested. http://thegreatfulmom.wordpress.com/2013/05/16/grateful-for-increased-awareness/

Okay, so I admit that I'm way behind on my Frugal Girl reading, but I know Kristen would forgive me because I've been spending time with my family and sticking to our budget. :) Anyway, I just wanted to mention that there's a new brand called American Giant that really fits the bill. There's a great write-up on them here: http://www.slate.com/articles/technology/technology/2012/12/american_giant_hoodie_this_is_the_greatest_sweatshirt_known_to_man.html

Anyway, it's rather pricey, but the clothing is made in America and designed and tested like a piece of technology. I'm giving my husband one for Father's Day, and hopefully it will be the last sweatshirt purchased for him for quite some time!