Today is my birthday, and so I’m gonna take a little detour off the frugal path and instead write a random list of things I’ve learned in the 37 years I’ve existed. 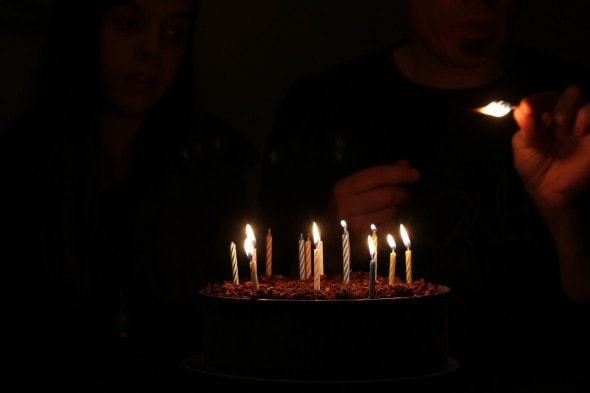 (There are some wrong ways to do things too.   But what I’ve learned is that in many cases, it’s not like there’s ONE right way, and all the others are wrong.)

I happen to be a morning person.   A homebody. A person who prefers quiet over noise.

But this doesn’t mean I’m better than a night owl who loves to be out in a noisy city.

I function better when I plan ahead and think ahead.

This doesn’t meant I can’t grow in spontaneity (especially because some of my household members love spontaneity), but it does mean that if I’m smart, I’ll try to plan ahead and think ahead when possible.

I don’t need as much stuff as I think I do.

(Especially when the things I DO own are things I really love.)

I used to think, pre-marriage and pre-kids, that I was fairly unselfish.   But I think I was under that impression just because I hadn’t really been tested in that area.

Marriage and kids have a way of exposing selfishness.   😉

Kindness is powerful.   And a soft answer really does turn away wrath (most of the time).

A neat home makes me feel better.   Neatness doesn’t matter to some people (and that’s fine!) but I feel better when my home isn’t cluttered and disorganized.

I’ve had a lot of privileges that many other people haven’t, and it’s important for me to see that.   A lot of my successes in life are due to these privileges, and not due to me being awesome.

This sort of deflates my pride.

And that’s both painful and good.

What’s inside a person is what matters.   And this is good news because the outsides of most of us go downhill as the years go by.

There are upsides and downsides to every stage of a child’s life. The best thing is to look for the upsides of each childhood stage.

And when the downsides drive you crazy, remember it’s a stage.

Everyone’s lives are messy in some way or another.   Everyone has their own particular sorrow or burden, even people who at first appear to have no sorrows.

I can do hard things.

There are upsides to some of the downsides of my personality.   I’m sensitive and care too much what other people think.

But the upside of this is that I am sensitive to and care about other people’s feelings.

I like sunshine and light. I didn’t always realize how much light affects my mood, but it really does.

While I love to take pictures for other people, I don’t really like doing it for pay.   I thought I would (get paid to do something I love?   Perfect!), so I’m as surprised by this as anyone else.

Showing love to others is crazy important.   And a heart attitude of love helps me extend grace to other people.

Saving money is good.   But sometimes spending it is a wise choice.   And it’s usually better to give more of it away than I’m inclined to give.

(While I never doubted my salvation, I used to think God was angry with me if my behavior was poor, and Milton Vincent’s Gospel Primer

book is what opened my eyes.)

(Though of course, I never do that perfectly, so thank goodness for grace.)

P.S. I dropped the ball on this a bit, but there’s a big homemaking ebook bundle available, and today is the last day of the sale.

I don’t have a book in this bundle, but I’m thinking about buying one for myself (Happy birthday to me? ) partly because of the bonus $60 Craftsy class and the $20 cute scarf I keep seeing on Instagram.

This post contains affiliate links, which help keep the lights on around here at no extra cost to you.

Happy belated Birthday! I hope you had a nice birthday.

I'm late to the game but ... HAPPY BIRTHDAY! You made it through another year.

Loved your honesty and being real with yourself, and being brave enough to share it! It is wonderful when you can come to a place to accept yourself as who you are and others who are different from you too. I always tell my children, the world would be a sad place if we were all clones and look-alikes. Be yourself, and don't be afraid to be different, and stand for the values and things you believe in. Wonderful words written, and hope your birthday was very special!