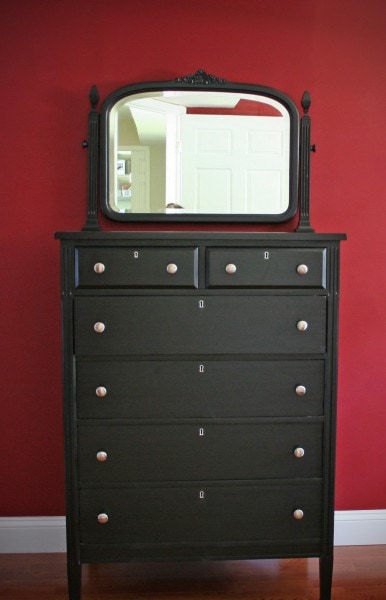 A while back, I posted a quote from Bob Marley about money and happiness.

“Money is numbers and numbers never end.
If it takes money to be happy,
your search for happiness will never end.â€

In the comments, a reader pointed out that it’s all well and good for rich people to say things like this, because they have enough money and then some.

And it is true that money can buy happiness when it gets you beyond the scraping-by level, but once you’re past that, there’s no further correlation between money and happiness. 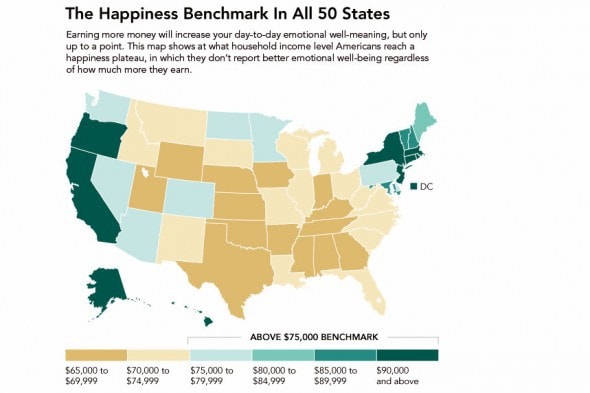 (Here’s a state-by-state graph of the numbers.  Although in my experience, we got to a comfortable level of living at a lower income level than this.   I think frugal people’s numbers would be different than this graph shows.)

Basically, the idea is that once you have enough income to pay your bills and to not be constantly skirting financial disaster, you experience a lower-stress life, and you feel happier.

Interestingly enough, though, studies show that earning, say, $250K does not make you appreciably happier than earning $75K. 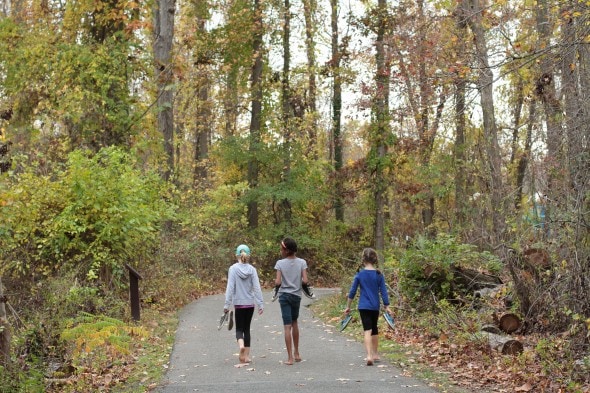 When I read the Bob Marley quote, that’s what I think about.   Yes, having enough to pay bills matters, but beyond that, money doesn’t buy happiness.

It’s easy to look at people who are insanely wealthy and think that surely their lives are magically free of problems.   But rich people still can have unhappy marriages and difficult children and other problems that money can’t solve (plus some problems that are caused by owning piles of money!)

You’d think that being able to buy anything and everything you want might make you happy, but apparently, that’s not super fulfilling either. 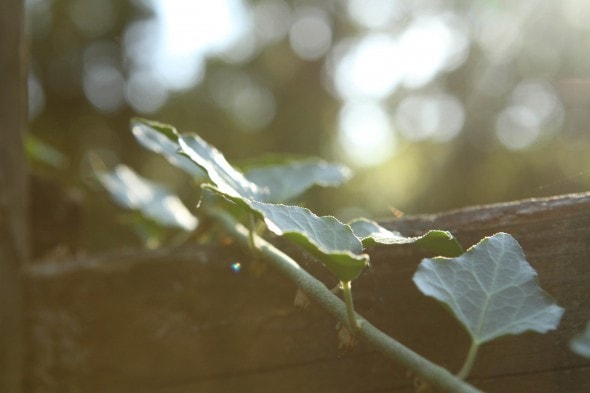 This makes sense to me, actually, because when buying things is no big deal, you tend not to value them as much.

Plus, if you can’t be content with a lifestyle level that’s “enough”, then having more than enough may not change that.

For instance, if one beautiful leather purse doesn’t give you thrills, having 75 isn’t going to make you really happy either.

In a case like that, it’s not a money problem, it’s a heart/attitude problem, and no level of income will ever fix that.

On the other hand, if you can be content with the “enough” level, then you’ll be nearly guaranteed to be content at higher income levels too. 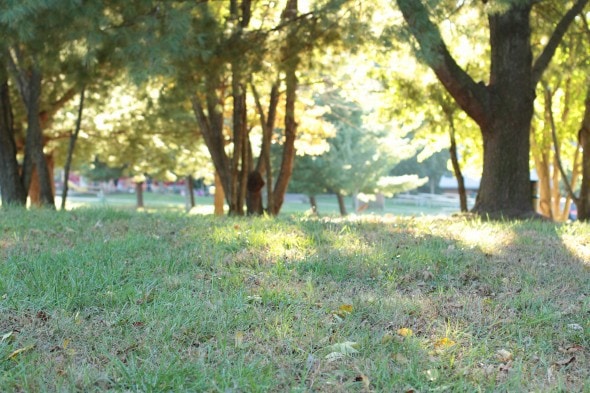 I think it depends on whether more money leads to more worries (more complicated lives, increased property to worry about, etc.), or whether more money leads to elimination of worries. Unfortunately, I'm also a worrier by nature, so sometimes I have to just train my mind to worry less and be more content in the moment. We all recognize that there are things no amount of money can take away, but but there is also wealth of different kinds that we might be blind to. If you are lucky enough to have lots of family and friend support, you might think differently about money than somebody who has to pay for every single service and support. Likewise, if you have to travel and pay for expensive tickets every time you want to see family, the whole "what is enough" thing appears different. It's not always chasing after more expensive cars, bigger houses, etc., but some emotional connections simply need money to uphold and nurture.

I'm 43 and I've found it very interesting that my desire to be rich has declined steadily as I've gotten older. Back at about 25 or so, I thought winning the lottery or starting some amazing business that would be an instant hit overnight was the answer to a long, comfortable and happy life, but now, I have no desire to be rich, monetarily speaking. I am very comfortable, content and happy at our middle class income status and wouldn't change it for the world. Just one of the perks of getting older I guess.

It seems like the more money people have sometimes the more they spend! I like the peace of not having to worry too much about that!

As they always say, if you got something that money cannot buy (family, good health, peace of mind) then you are truly rich.

The best way to increase happiness when having more than enough money is to give away that excess.