Mr. FG and I have been using Ting Wireless for nearly three years.

(Craziness! I can’t believe it’s been that long.) 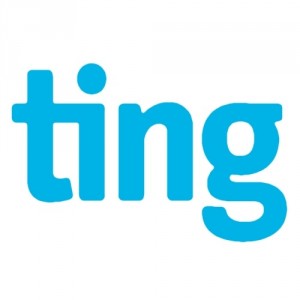 That also means that it’s been nearly three years since I bought my first smartphone (a refurbished iPhone 4s).

And it’s been that long since I joined Instagram.

(Being able to get Instagram was actually what made me break down and buy a smartphone. I love me some Instagram.)

We have been super happy with our Ting service, and we haven’t thought about switching to a contract provider once in three years.

How much is our current Ting bill?

We started out with an average bill of about $20 for both phones, but now we’ve got Joshua’s phone added onto our bill (there’s a $6/month base charge per phone) and Mr. FG and I have been using our cellular data a bit more than we did three years ago.

*If Mr. FG is traveling, we always end up using more cellular data than usual.

Even $50 a month for three phones is super affordable in my book!

I really love that Ting separates usage into three categories so that you get billed for what you actually happened to use that month.

For instance, if you have a heavy data month but barely used any minutes, you will have a small minutes bill and a higher data bill. 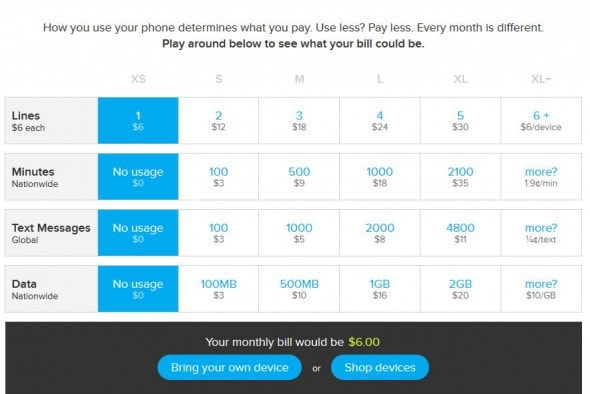 Or if you used a lot of minutes but very few texts, your bill will reflect that.

Since the bill is calculated at the end of every month, it flexes with your usage, which means you’re not stuck with a pre-chosen plan.   Your bill changes to fit your unique needs every month.

This is pretty exciting news for us, because data is what we use most often.

Here’s a breakdown of the data rate changes: 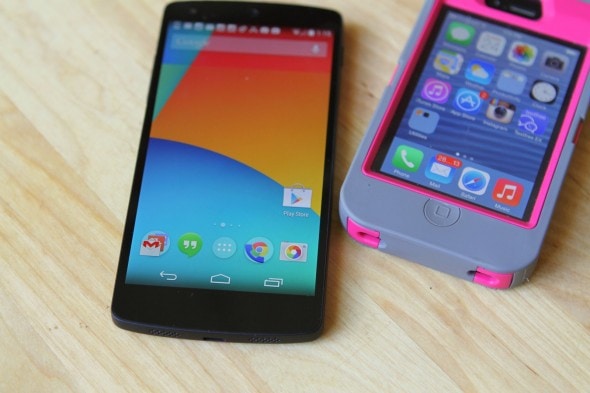 Hop over to their website and click on the “What Would You Save?” button to see what your bill would be with Ting.

(Just grab last month’s wireless bill so you can type in your current text, minutes, and data usage for comparison.)

The average Ting bill is $23 per phone, with no contract required, so odds are SUPER good that you’d save money with Ting!

AND if you open a Ting account through any of the links on my blog, you’ll get a $25 credit.

Ting set aside 3 brand new Moto E phones for you guys.   These will be ready to activate on the Ting network so you can start saving pronto. 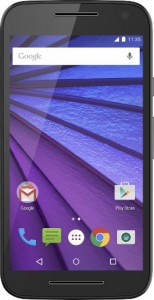 The Moto E is a basic Android smartphone (currently on sale for $57 on Ting’s site), which can take photos, browse the web, download apps, send texts, and so on.

Ting sent me one to try out, and while I still prefer my iPhone (even though mine is getting to be pretty old!), this would be a really great starter phone, especially for a teen.   And you can’t beat the price.

Three of you are gonna get one for free, though, which is really the best price of all. 😉

To enter, leave a comment with your best tip for minimizing your data/text/minutes use.

(Or if you don’t have a tip, you can totally just tell me you want a free phone!)

NO PURCHASE NECESSARY. Void where prohibited.   Odds of winning depend upon the number of entrants.   Winner will be selected at random.   Entrants limited to residents of United States.   Links in this post are affiliate links.   We are paying Ting customers, so all enthusiasm for the service is 100% authentic.

I'm late to the party, but I thought of a few things. I've used ting for about two years now. I use it with an iphone 4s and my daughter uses her aunt's old original iphone - which actually works better than my 4s! I like how someone said it made you more mindful of the time spent and purpose of using your phone. I personally have a love/hate relationship with these gadgets. I seriously can't stand to look around and see everyone staring at a phone, or even worse, driving while staring at their phone. Yes, I'm thinking of the teen driving on the interstate that nearly hit me while on facebook.

I like how you can turn on/off options. I turn off data. So I only use the internet, email, send photos, use internet-dependent apps when on wifi. You quickly learn where you will have wifi (Target - yes, Kroger - no - so load coupons before going!). You look at/pull up a map before you go to a new place and jot down directions. This gives you the chance to also be sure your going to the right place rather than just following left/right directions as you go along. I also read ebooks through my regional library via internet browser. I've found that if I open it and let it load for a moment before I leave the house, I am able to pull it up and read it when I know I'm going to want some reading material later without access to wifi.

My only complaint - voicemail. Formerly, when I used Sprint - I would get immediate notifications of a VM. But with Ting, Apple products (to my understanding) will not do this. If anyone knows a way to make this work - do tell! Also apple products seem to always want to send/receive texts as iMessages (that require wifi); you can turn iMessage off in your phone's settings.

The bill for the two of us is usually $27. My husband is still on a fancy pants Sprint plan, I have yet to convince him. I think he confuses the issues my 'aging' iphone 4s is developing at Ting's. I'm doubtful that when I do replace my phone that I'd go with another Apple while using Ting.

I could really use a new phone. *crossing fingers* pick me!

I save by using wifi wherever it is available

I need a free phone because I don't have a smart phone. I have an 8 year old pay as you go flip phone. I am unemployed but make jewelry boxes and other custom wood products I want to sell, but I don't have a camera phone, or access to most of social media. So I can't really sell them to make any money. I do have a desktop computer but no tablets or other gizmos. So I really need a new phone.

I was just thinking of ways to reduce our cell bill and wondering if we should eventually switch to a smart phone. This would be so perfect!