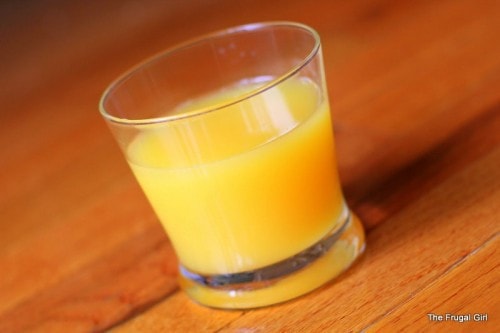 Over the last year, I have really grown to enjoy shopping at Goodwill. It’s so much fun to see what wonderfully cheap things might be available each week. Sometimes, though, the things I buy are not REALLY needs. They’re nice to have and useful, but not entirely necessary (worry not, though…I’m a very anti-clutter person, so I don’t go overboard with the buying. Many weeks I walk out of Goodwill with nothing). My dress was a good example of the need vs. want idea…I didn’t really need a dress, as I do have several now (mostly from Goodwill!), but I loved it, it was a good price, and I will get a lot of use out of it.

Anyways, last week I found two things that I really did need, and I’m tickled about it.

When my husband and I got married 12 years ago, we received a set of juice glasses. Over the years, they’ve broken, one by one (oddly enough, most of them seem to have broken since we had kids. hmmmm.) and we’re now down to one. We were supplementing with a candleholder (it was a Yankee candle and when I finished burning the candle, it occured to me that it looked just like a juice glass, so I washed it out and put it in the cupboard). This candleholder glass actually became my hsuband’s favorite juice glass, but alas, it broke when one of our offspring was unloading the dishwasher.

Last week when we were away by ourselves, we were browsing through Williams-Sonoma and saw glasses just like the one that broke. Unfortunately, they were $10 apiece (apiece!!!). I remembered, though, that every Goodwill I’ve been in has had a large glassware section, so last week I poked around and found a perfect replacement for our broken glass for the whopping price of $.50. 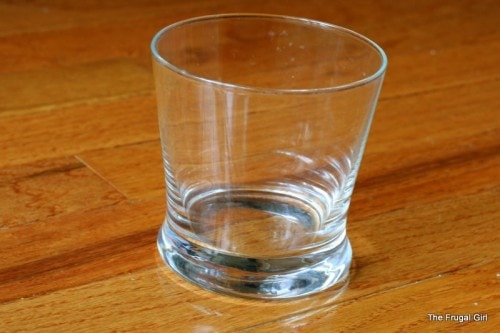 If you aren’t a stickler for matching glasses, I highly recommend buying your glassware from Goodwill. People are forever giving a stray glass or two to Goodwill, and the prices can’t be beat. In addition, if a glass has managed to last long enough to end up at Goodwill, it’s probably fairly sturdy.

I’m sure my $.50 glass will break at some point, though, and when it does, I’ll go out and find another $.50 replacement.

I think I’ve been through two cheese graters in the last twelve years, and both of them have broken because they had plastic pieces on them. My current grater has been cracking more and more lately, 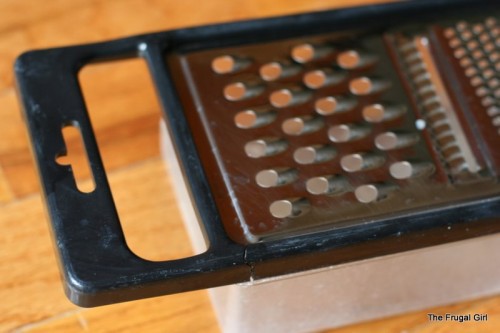 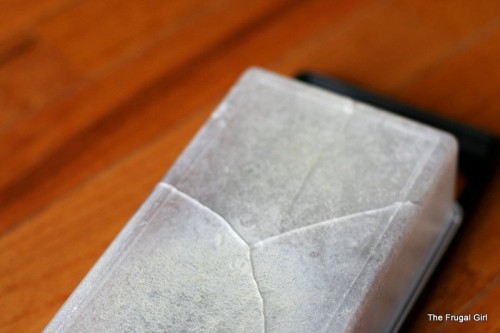 and I was just about ready to go out and buy a new one (after checking Cook’s Illustrated’s recommendations first, of course).

Happily, though, Lisey found a stainless steel box grater in new condition when we visited Goodwill last week! It’s entirely free of plastic, and so I expect that this grater will last me for a very long time. 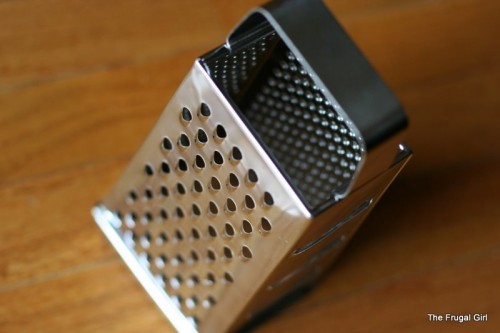 It’s been a good food waste week so far.

[...] peeled too many when I was making potato cubes the other night.  So, I boiled it, shredded it on my box grater, and froze it to use when I make Deep Dish Pizza on [...]

Almost all of our glassware comes from Goodwill, we've had several phases in our collection where for a while we were finding a lot of this one kind, then we switched over to bringing home a different kind. I do wish I didn't break so many glasses that we can have entire phases, but at least it's cheap.

@Battra92 You can roughly puree many things with that, without dragging out and dirtying another appliance. For example, you can puree soup in the pot, mash cooked veggies (as long as they're not really stringy), make a smoothie in the glass, mix your hot really well.

I don't use the Goodwill for table items like glassware and such (my mom will probably just give me all of hers when I move out) but I did buy a Braun stick blender there for $1.79. I just need to find a use for it now ...

I also like their small appliances! I have a blender, mixer and several cake pans from the thrift store.