At least, this week I do. Heaven knows I’ve had my share of weeks where I lose at using up food.

While it would be fabulous if I managed to to orchestrate my life so that I never had about-to-go-bad food, I’m not there. So, the next best thing is to rescue food that’s on its way out the door, and I did a whole pile of that yesterday.

First, I made scrambled eggs for breakfast and used a wrinkly tomato and the last of the cilantro to make a bit of salsa to top the eggs. 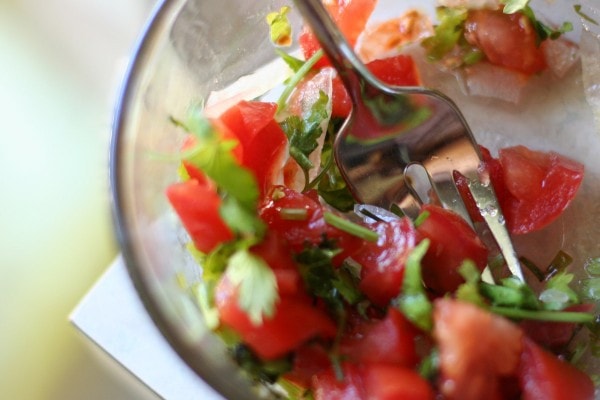 Then I cut some bad spots off of the last sweet potato and boiled it with the idea that I would use it in muffins. Except, I sort of let the water all boil off. 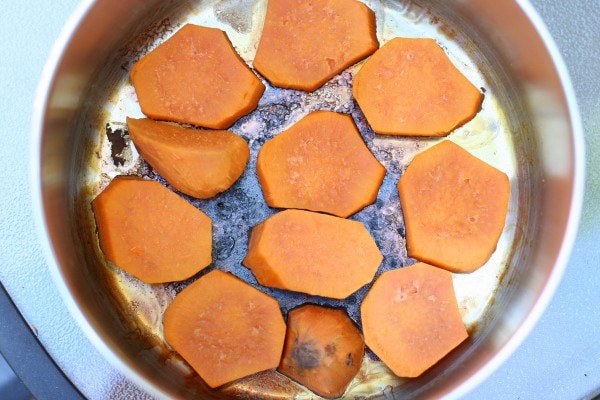 The sweet potatoes were still tasty once I scraped them out of the pan, though (I just ate them with butter and salt), and I’m pleased to report that my pan is no longer black either.

Next I decided to try my hand at freezing some mushrooms which had lived in my fridge for almost too long. I know drying mushrooms is a better idea, but since I don’t own a dehydrator at this point, freezing has to suffice. I did some googling and read that mushrooms freeze better if you saute them first, so that’s what I did. I’ll try using them next time I need cooked mushrooms and I’ll let you know how they turn out. 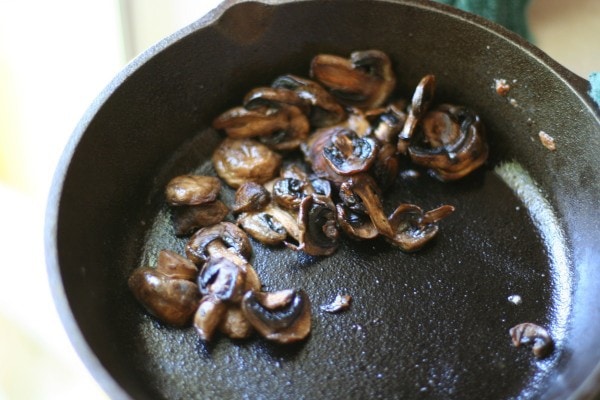 I found a container of Chinese takeout rice from probably over 2 weeks ago. None of us like takeout rice, but I forgot to tell them not to include it with our meal.

It was, um, a little dry after two weeks, so I cooked up a little batch of makeshift rice pudding (I just simmered it in milk with a cinnamon stick and a little salt). I’ll sprinkle some sugar on top and have it for breakfast today, I think. 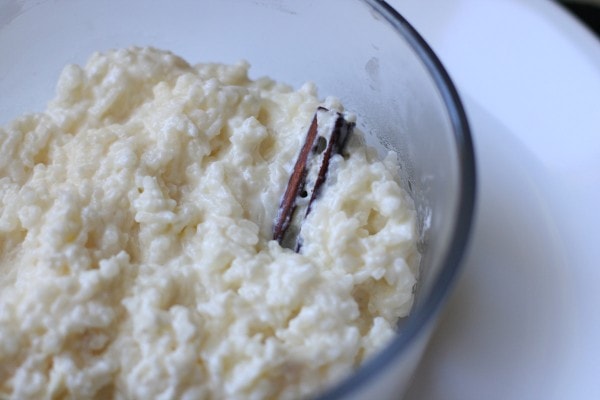 Not only did I have a random sweet potato, I also had a regular potato that needed to be used. So, I made a batch of potato bread, and I used some slightly sour half and half for some of the liquid.

I was slightly nervous that potato bread wouldn’t be flavorful enough to disguise the half and half, but considering that only a small portion of a loaf is left, I think it’s safe to say that my worries were unfounded.

(in case you’re new to this idea, let me assure that using soured milk in baking or in pudding is quite safe, and the resulting product usually tastes just fine. Only once in all my years of doing this have I turned out something that tasted icky.)

Lastly, for lunch I made a salad using leftover shredded lettuce (from when we had fajitas) and the one remaining wrinkly tomato (with some not-about-to-go-bad cheese to round it out). 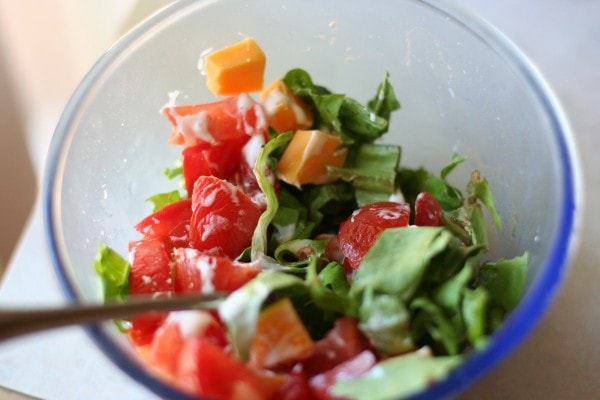 Phew! I’m thrilled that my fridge is now utterly free of food teetering on the brink of badness.

Food waste. I try to eat up the food that might go to waste, but that is not always effective. Sometimes it gets annoying to go get my camera and post a picture. I stick to writing about it.

How do you keep your house cool with baking in the summer? I just made cookies last night and it warmed up quite a bit.

I don't exactly! I do try to bake a little less in the summer, but I figure the little extra money caused by extra air conditioning when I bake is off-set by the fact that I don't have to buy breads at the store (homemade bread is cheaper even than the super-squishy, $.98/loaf bread).

I love your using up ideas, all but the rice. I feel that was quite a dangerous thing to do - use cooked rice that old. Freezers are great for not-needed-at-the-time rice though! :0) A question though - what is 'half and half'? We don't have that term in England as far as I know. Do you mean semi-skimmed milk?

If it had been in an air-tight container (which keeps moisture in), it probably would not have been safe. But it was in a paper Chinese takeout container, which means that the rice just gets dry instead of going bad.

So, once its rehydrated, it's quite good. I ate it yesterday and am feeling totally fine. :)

Half and half is half milk, half cream. Maybe it's like semi-skimmed milk?

I used up some leftover grilled steak by slicing it up and tossing it with some left over salad leaves and salad vegetables and a dressing made from 1 tablespoon of each of fish sauce, brown sugar and lime juice.

Inspired by your schedule to try shopping for two weeks today. I reserved some money for veggies at the Farmer's market, but hopefully won't have to return to the grocery until the end of the month. We live in a tourist town and the grocers are very crowded in the summer, so I'm trying this as a sanity saver!