Item #3 today was particularly spendy…but not as spendy as it COULD have been. 😉

I accidentally forgot to get this month’s book from the library. Book club is on Thursday and I realized this on Sunday. That left no time for my usual cheap-book-acquisition practices! What to do??

I looked at buying the Kindle version and then saw it was free with Kindle Unlimited. So I signed up for a $0.99 two-month trial and downloaded the book. 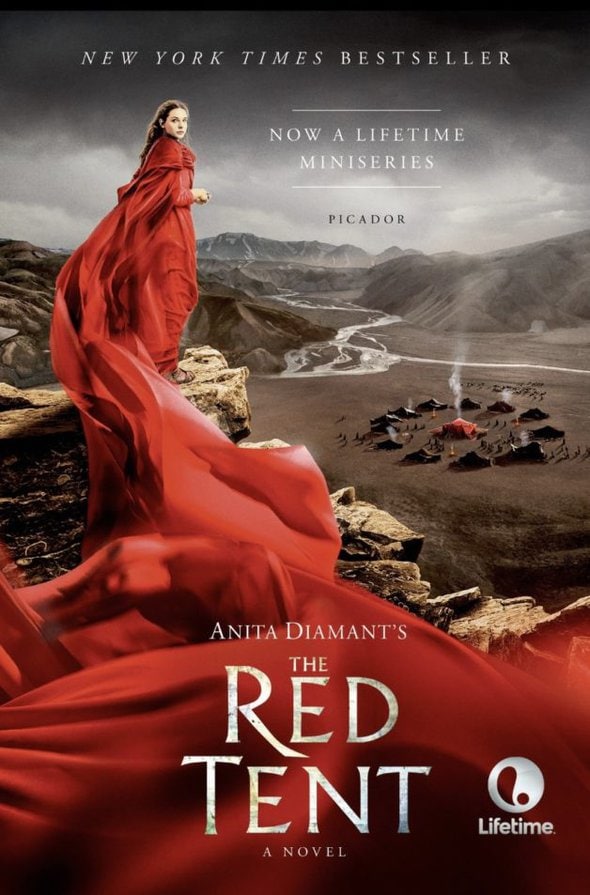 a screenshot from my Kindle app 🙂

And while I was at it, I ordered next month’s book on eBay for $3 (it is unavailable at my library).

Cigna processed my claim as out of network for some odd reason, even though this doctor is most definitely in-network.

So you know what’s coming next: I called them. I (nicely) dispute every medical billing error I find!

(Sometimes I think Cigna is probably very tired of me. But on the other hand, if they stopped making errors, I would stop calling them.) 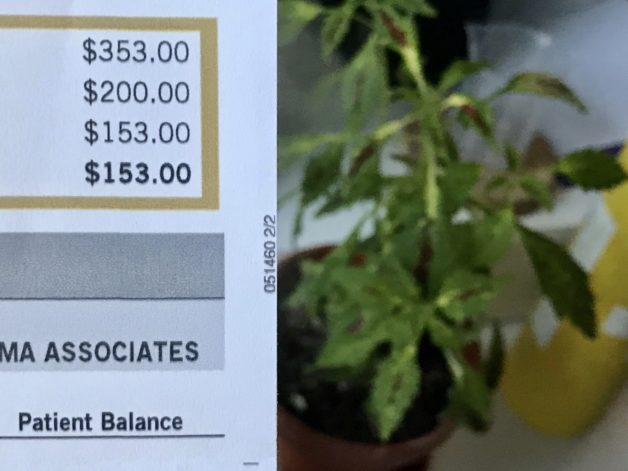 At first, the phone rep told me, “Yep, this was an out-of-network service.” but I politely pointed out that Cigna’s own website lists this doctor as in-network. So, after a hold where she chatted with an adjuster, she was able to reprocess it as in-network. Yay!

3. I used a Hershey Park discount

I got an email from them offering good-for-any-day tickets at the kid price vs. the adult price. 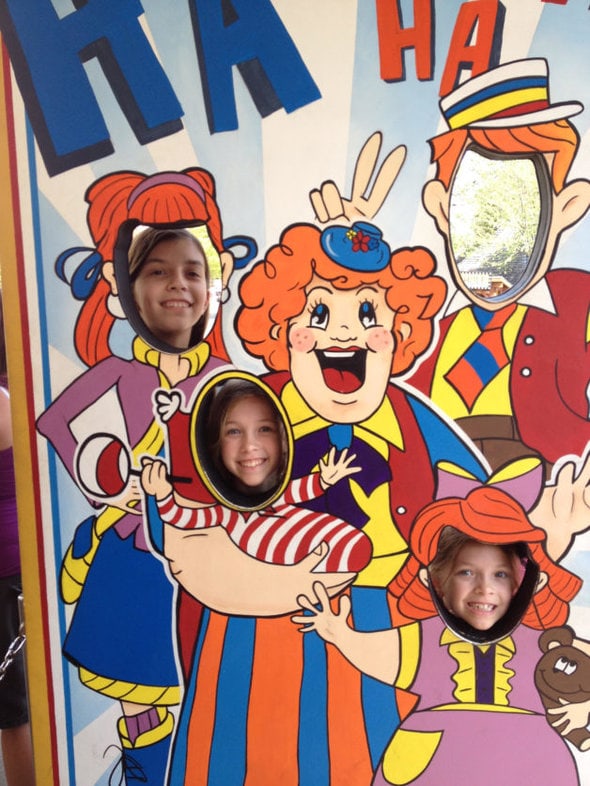 This is still pretty expensive, but it is less outrageously expensive this way.

So, I bought three, and I will take Zoe and a friend there for a day this summer.

I also bought pre-paid parking, which will save me $5.

4. I took advantage of a Native deodorant sale

I keep meaning to finish my post about this, but I switched away from conventional deodorant a few years back, and Native is my favorite non-conventional brand.

It is definitely not cheap in comparison to conventional deodorant (it’s usually $13/stick!), so I try to keep an eye out for deals on it. I got an email saying that Native was having a 20% off sale, so I bought a three-pack (a discount is automatically included there) + a single, and used the 20% off coupon on all of that.

And that was enough to qualify for free shipping.

So, I got four deodorants shipped to me for a total of $36, which works out to $9/apiece. I’m guessing these four will last me a year, so that works out to about $0.09/day, which is quite reasonable.

(Hmm. I just saw that you can get a three-pack on Amazon for $29, so that’s pretty close to the deal I got from Native directly. Although it always feels slightly better to buy direct than through Amazon. Heaven knows Amazon gets enough of our money!)

They randomly sent me a $5 coupon, plus I had $25 in credits in my account, so I got a whole box of stuff for $7 out of pocket. 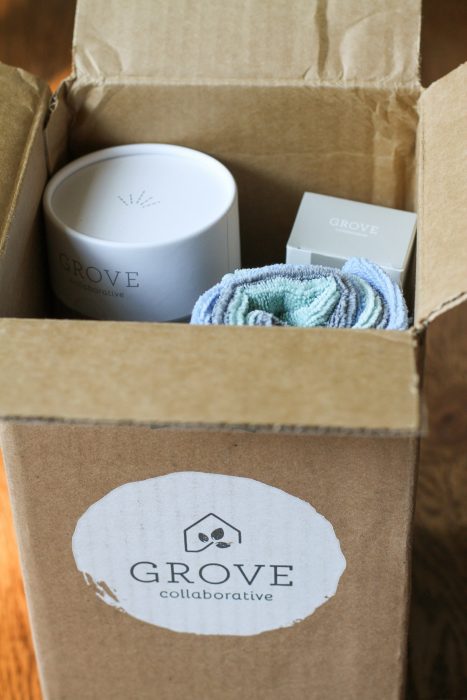 FYI, Grove is most definitely not the cheapest place to get cleaning products these days, but they do usually have a good introductory offer for new customers…you can check out the current offer here.

1. I made all of our meals at home. Tomorrow I'll start preparing food ahead of time for our trip. 2. I asked my kid if he *wanted* me to mend his winter clothes which may or may not fit him come winter. He said no. 3. I combined errands. 4. We packed lunches for my husband. The kids and I ate leftovers at home. 5. We checked out a movie from the library last week. In the way of small children, we watched it about 328 times this week. 6. We are enjoying free entertainment this summer. 7. I calculated that it's cheaper to just pay at the pool as we go instead of getting the kids pool passes. They would need to go to the pool at least 19 times to make it worthwhile; at least 26 times for an adult. We just won't go that often. 8. I haven't used the air conditioner yet this year. I haven't used the furnace in about 3 weeks.

1. I scored a culture pass from our library last week and took my seven year old to her first art museum visit; she loved it! We stopped by her great grandparents on the way home and enjoyed lunch with them.

2. Today is my eight year anniversary. We have a gift card to Flower Child and will enjoy dinner out.

3. Now that I’m off for summer break (teacher), I’m starting to bike more. My daughter and I biked to a local park yesterday (about a mile and a half from our home). Good exercise and free entertainment!

4. Used up some vegetables from a friend’s garden last night with dinner. I hate wasting food, and especially when it’s local produce!

5. We are going to Disneyland next weekend (daughter’s first time). Not frugal by any means, but I bought some Minnie Mouse ears on Amazon ahead of time and purchased a Fanny pack for the park from Goodwill.

Aww, I'm so glad you joined in the comments. Yay!

I use the Libby app through the Brooklyn Library for ebooks and audiobooks. They generally have many copies of whatever you're looking for so wait times are super short or not at all.

Here's our Five Frugal Things for the week:

1. Vacuum cleaner extension wand snapped. Ordered a new one and saved 20% using a promo code from Retail Me Not.

2. The periodontist recommended using an electric toothbrush for gum care. I found one on amazon that offered an 11% discount code. Still expensive, but necessary for my oral health.

3. A friend had more than she wanted of starter pepper and tomato plants; which I gratefully will plant in my garden.

4. My youngest wanted to try out this cute little crumpet cafe. We went and enjoyed them with homemade jam. The owner gave us a package of four more on the house in honor of the Queen's jubilee.

5. We went to a flea market over the weekend. I picked up a like-new blouse for $3 that I can wear to work and a very cool vintage jean jacket $20. So happy with it. Mine, which is a hand-me down, is probably more than 30 years old and is sorely frayed and worn thin. It's a little bit like getting rid of an old friend, but I will honor her in cremation by cutting her up and use her as fire starter fodder when camping this summer.

Remembered to renew our dvds from the library. I forget often so yay for no fines this time!

Cut my own bangs instead of going to the salon

Work had their faculty luncheon and invited us to eat with them, free food. Sad part they had SO much food left over. Kids need some more plants for their front yard, I will give them some of mine. My other son gave me a nursery gift card so I bought raspberry plants, deer here eat everything so we fenced it off with a piece of fence we already had on hand. Hubs saved his gas points to get $1.50 off per gallon 20 gallon limit.