Let’s get right to it, shall we?

I had more spinach and kale than we could turn into smoothies, at least in a timely manner.

Since I had several big heads of romaine lettuce for salads,   I definitely didn’t need to save the kale and spinach for salads. 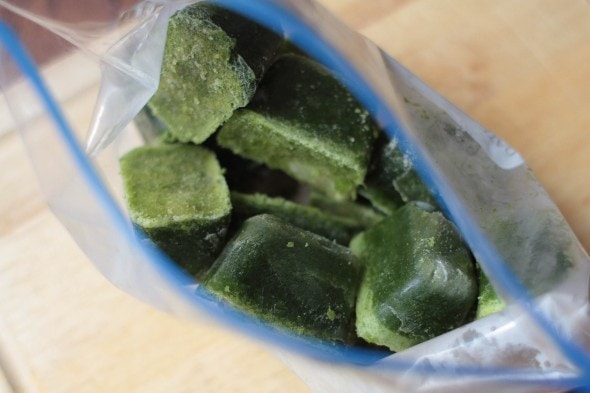 So, I put the greens into my Vitamix, blended them up with a little bit of water, and froze them in ice cube trays.

That way when I make my morning smoothie, it’s super duper simple to just grab several cubes and throw them into the blender.

I hear that cheaper blenders sometimes have trouble handling greens, but my Vitamix liquefies them with no problem.   So worth the money, that blender is.

(At least for me.   If you’re not a diehard smoothie-maker, that may not be true for you!)

I’ve mentioned before that I thought yogurt-making was an enormous pain in the rear the first time I tried it, but now it seems totally easy.

It doesn’t require much hands-on time at all, so if I make it on a day when I’m home for a while, it’s super easy. 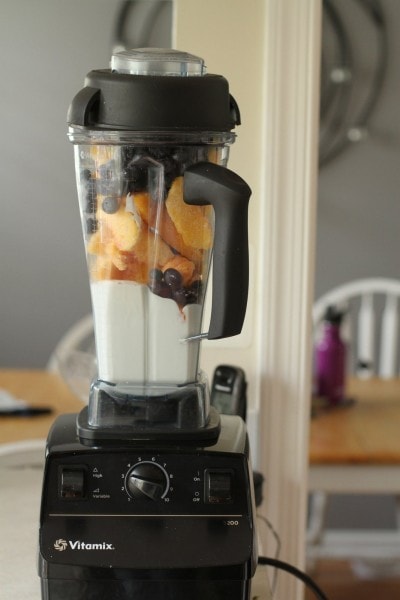 And I can never really get over how incredibly cheap homemade yogurt is.   A $2.50 gallon of milk yields quarts of yogurt that cost less than $0.70.

And the homemade stuff, for whatever reason, is much milder than the store bought variety.

(a thing I never understand, given that the cultures in my yogurt initially came from a store-bought starter.   Very odd.)

Here’s how to make homemade yogurt.

3. I made whole wheat bread.

This and yogurt are probably my two most consistent DIY food staples.   I’ve made them eleventy billion times, give or take, so they require almost no mental energy, and they both require very little hands-on time. 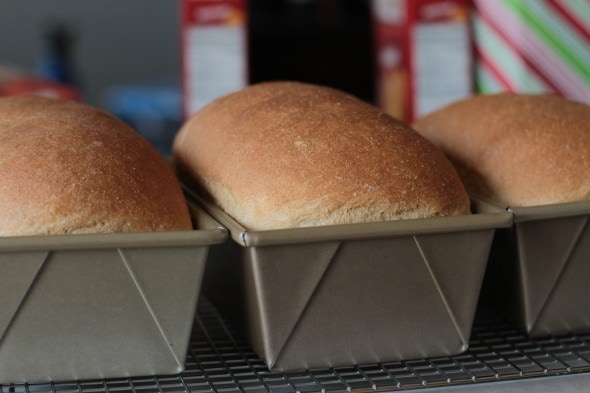 4. I bought Turbo Tax at Costco.

I’ve bought TurboTax online the last few years, directly from TurboTax.   But when I got a sale ad from Costco, I noticed that their price is way, way lower.

I love TurboTax…I’ve used it almost every year since I started earning money, and it has always helped me through my slightly tricky self-employment income.

So, I’m tickled to have found a cheaper place to buy it.   Yay, Costco.

I packed a lunch for Mr. FG, ate leftovers for my own lunch, organized my fridge so as not to lose any items, unbuttoned shirt collars in the wash (here’s why I do that!), wore a mixture of clearanced and Goodwill clothes, and didn’t spend money.

Oh, never mind.   I spent $10 on ice cream out with friends last night, which I totally do not mind because I am all about spending money to build relationships.

How about you?   List your own five frugal things in the comments!

P.S. Don’t forget to sign up for the Mighty Fix before Monday! $5 gets you your first fix, a Life Factory glass water bottle.   All the details are right here.   Or you can go here to sign up and enter the code FG2016.

1. Used and ate all leftovers from my High School class reunion I hosted...no grocier shopping until gone ;)

2. Recycled cans bottles and plastic that family gives me. $20.00 put away for drinks for summer party. Summer envelop about 100. Dollars

3. Collected all family Christmas cards for Christmas postcards next year.

4. All scraps go to my new chicken...nothing gets wasted around here.

Love the idea of freezing spinach for smoothies. I typically just use a handful of fresh spinach--how many cubes would you suggest?

I use 2-3 cubes, but you might want to start on the low side and then experiment up?

I serged around the frayed ends of a ratty tea towel and made two very soft rags. Normally I throw towels away but this time I decided to extend its use.

I needed a small bookshelf for my daughter's craft supplies, and it would have cost $30 + new. I waited and looked (a lot) for a used one. I found one (finally!) for $10 and bought baskets at the dollar store for organizing purposes. I spent $16 out of pocket for this project. This was a very long-overdue organizing project, so it feels good to have it done.

My husband works a few evenings each week and I am sorely tempted to not fix dinner but grab fast food on those nights. Last night was one of those nights but I resisted and fixed dinner.

My daughter has gymnastics once a week and I like to drop her off and go somewhere else instead of being subjected to an hour of idle talk with the others waiting for their kids. I didn't have any errands, so I resisted the idea of going to a coffee shop and instead took some knitting along so I could be friendly but then zone out of the conversation.

Woohoo about the rag making. Such a me thing to do. Ha.

My college daughter and her room mate have flown to California for an interview. To save money I volunteered to puppy sit their Great Dane and Cocker Spaniel. This is my vacation. I am camped out in their very nice apartment enjoying the amenities. I am in the city and have plenty of luxury choices. I have several gift cards and a free movie ticket. I have several free meal vouchers from restaurant clubs for my upcoming birthday. I plan on cooking the items in their refrigerator that need to be used. My staycation will cost me all of ten dollars in gasoline. The peace and quiet and unlimited hot water is priceless. I purchased some treats with some drugstore rewards that were money makers, all marked down from Christmas. I happily purchased 5 dozen eggs from Aldi's for 1.19 a dozen. They are up to 2.99 here. Breakfast casserole and quiche planned for next week.

1) Spent time on Sunday in the kitchen making enough pizza dough for each Pizza Friday this month. Now I just need to thaw the dough today which saves so much time and makes take out less tempting

3) Got gas at Costco

5) When my son's flag football was cancelled this winter I found him a new activity that actually costs less and is less of a time commitment. We also brainstormed other things we can do this winter that are low/no cost (YMCA visits, sledding, snowshoeing, etc)