Yesterday, I was reading a post on Laura Vanderkam’s blog, in which she wrote about how she spends very little time cooking.

Readers chimed in and shared about dinnertime at their houses, and I thought about leaving a comment, but then decided it might be fun to just write a blog post comparing and contrasting our eating habits with those at Laura’s house. 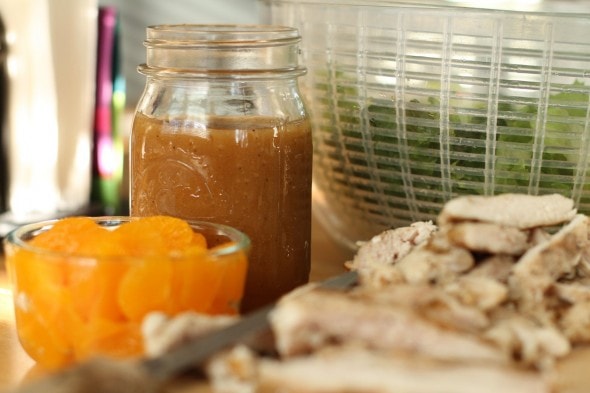 Laura and I are fairly opposite sorts of people, so I’m not surprised that we differ a fair amount in this area. I plan more than Laura does, and I definitely spend more time in the kitchen and create more dishes than Laura does.

(I can’t really recall a time when I had dinner on the table in 10 minutes, actually.   And as my dish-doing kids can attest, I always create more than two dirty dishes!)

Laura outlined the basic of what they eat for the three meals of the day, so here’s my version.

For breakfast, my kids kind of pick whatever they want…oatmeal, cream of wheat, yogurt (which I make myself once a week or so), fruit (like a banana with peanut butter), toast, or occasionally leftovers.   Sometimes I make a food that requires more than minimal effort on my part (baked oatmeal), but for the most part, breakfast is pretty simple.

I usually eat eggs scrambled with onions and other veggies with an avocado and/or tomatoes on the side.   I suppose this takes me about 5-10 minutes to make.

And when the weather is cold, almost all of us drink hot tea.

Lunch is a fairly simple affair as well.   I often make a smoothie, especially in warm weather, and I frequently add spinach or avocados along with the yogurt and frozen fruit.   We eat leftovers when they need to be used up, and when we don’t have leftovers, we eat sandwiches (usually on homemade whole wheat bread), and other things like fruit, beef jerky, cheese.

I know I could save myself some time by scratching those two chores from my list, but I really kind of dislike store bought bread.

(I would basically rather not eat bread if store bought is the only option, because I think if you’re going to eat bread, it should be really awesome.)

I don’t really like store-bought yogurt either, except for the really sugary stuff that is a bit pointless to eat.

And of course, homemade bread and homemade yogurt are significantly cheaper than storebought, so that inspires me to make them from scratch.

Dinner is where I think we veer the farthest from Laura’s family.   Laura makes meals in 10 minutes, whereas I generally spend about an hour a day making dinner.

Laura’s husband travels a lot, and I can totally see how cooking for one adult and three small kids would be completely uninspiring.   But Mr. FG doesn’t travel much, so there are pretty much always six of us at dinner and that probably helps me to be inspired to cook. 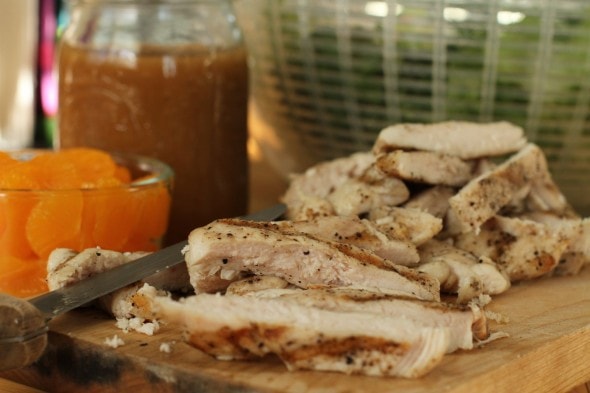 Having six people at the table motivates me, but I also think what stands between me and ten-minute meals is that I like to eat more interesting things than can be thrown together in 10 minutes.   I would get really, really bored with a quickly cooked sauce-topped protein and a side of veggies (although I might be healthier than I am now!)

I like soups and meatballs and things that are roasted and salted and marinated and that have spices and rubs, and that kind of stuff just does take more than 10 minutes.

Plus, we have had a pretty no-nonsense policy at our house about what is served at dinner from the time our kids were little (You can eat it or not eat it, but nothing else will be served), so I know that what I make is going to be eaten by all six of us pretty much every night.   If I thought I was going to be the only one eating what I cooked, then that would probably change things a bit.

Also, dinner is the one meal that I plan.   Breakfasts and lunches just kind of happen without planning, but when I don’t have a plan in place for dinner, I am sorely tempted to just order pizza.   If I were awesome at whipping up meals at the last minute, I suppose I wouldn’t be so dependent on a plan, but the fact of the matter is that I just function better with a plan.

So for me, the time it takes to write up a menu plan is definitely worth it.   If I don’t spend an hour doing that, we can easily spend way more than an hour’s worth of wages ordering pizza and Chinese!

Sometimes I get annoyed with how much time I devote to cooking each day, but I suppose it would help to look at it as a conscious choice.   I could make simpler, less time-consuming meals, and I could make less stuff from scratch, but I’d have to spend more money and put up with a less-enjoyable eating experience.

How about you?   How much time do you spend preparing meals every day?   Are you more like Laura or me?

Wow, that last paragraph of your post really hit home for me. I feel the same way. This post was so encouraging to me. I wanted to take a minute and let you know that you have really touched my life and encourage/motivate me in so many different areas. THANK YOU

Hi! I love your blog but haven't ever commented before. Thanks for writing on such practical topics! I stay home with 3 kids (4, 2, and 1). I cook around 3 severe food allergies (milk, eggs, and peanuts), so I pretty much have to make everything from scratch, including bread. I also agree with you about wanting to have more interesting meals that require more time. However, since I have a picky husband who only likes to eat sandwiches and burritos (I'm only slightly exaggerating), and since we run most of our errands in the evenings, I usually opt for a simple dinner like burritos or sandwiches or breakfast-for-dinner or a simple bean dish. I cook one or two more interesting meals for lunch during the week and eat the leftovers on the other days. I have the same policy as you do with the kids, so they just have to eat what I cook!

I do spend a lot of time in the kitchen, cooking or baking or cleaning up (no dishwasher in our old farmhouse). Sometimes it seems like a lot; but overall, I am thankful that my kids' allergies have forced me to learn the discipline of planning (I plan EVERYTHING, including snacks). Also, I think we eat much healthier and much more economically than we would if I ever had the option of eating out. (Before the food allergies, I struggled with managing our finances as well.) I think it is good to understand that food doesn't just happen: it takes time and hard work. I appreciate food, and indeed all the blessings in my life, so much more!

Oh, wow...three allergies. That would be tough! But I can totally see how it would save money because you just don't have the fallback option of eating out.

We definitely float somewhere in the middle. I left my crazy high-paced job about a year and a half ago so we could "simplify". Turns out we were unexpectedly expecting our third baby which threw things into a tail-spin as I learned how to not rely on eating out. It hast taken some time to learn how to be more deliberate and thoughtful about what we eat and how we eat it. Now a year and a half later with a working hubby and three kiddos (ages 6, 4 and 10 months) we are definitely enjoying less stressed and less expensive mealtimes. I try to plan for the week as much as possible and have found that a balance between the 30 minute or less variety of meal and something that may take longer (i.e. crock pot meals) work well for us. I get a break on the days when we have something simple planned, but we usually get more leftovers on the days that take longer to prepare. Win-win! :-)

We eat good, well-balanced meals each night due to A LOT of planning ahead (freezing) or crockpot meals. We manage to eat a "good" dinner together probably 5 nights per week. The other nights are quick meals or take out.

Do your kids participate in any activities? I ask this because between 2 kids we have baseball, basketball, 4 dance classes and Girl Scouts each week. They love these activities and I think the participation in team sports/activities is so very important for kids, so it makes my craziness with getting dinner on the table worth it :)

We spend one evening a week at church because of our involvement with the band, and we also take a martial arts class once a week and both of those activities are things we do together as a family...so we have a lot less in the way of extra-curricular activities on our plates than you, which does make dinnertime a lot easier.

That's great you manage to eat together so often despite the many activities.

I live on my own, and I don't particularly like cooking for the sake of cooking, so it's often hard to justify putting together big meals. I do a lot of crock pot cooking, usually on the weekend, and then have leftovers the rest of the week, interspersed with take out. Growing up in a big family with 4 kids, I've only really learned how to cook in large batches :) When we were growing up, my mother didn't make multiple meals - the kids ate what was on the table, or went hungry. Suppers were very traditional in my house - a meat, potatoes in some format, a vegetable (always canned) and a salad. Dessert was not a common thing. The only acceptable deviation from this formula was spaghetti or lasagna :) According to my father, "rice is for pudding" so there weren't a lot of rice dishes served at my house. Usually after we got home from school my mom would send one of the kids out to the freezer to "find something for dinner" - we'd bring back in pork chops, or a roast or some chicken. That would get thrown in the oven, and then around 4:30pm we'd start cutting up potatoes to boil, and someone would grab a can of beans or corn and get that into a pot on the stove. Dinner was served between 5 and 5:30pm.