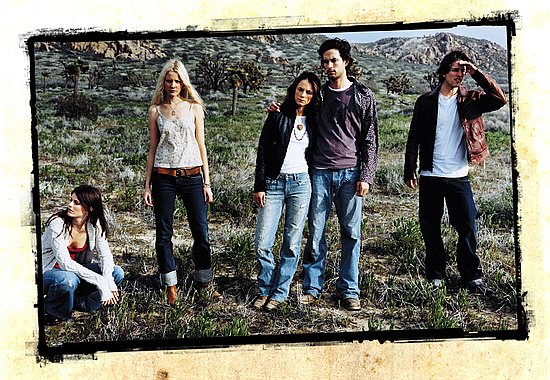 I was browsing through an issue of Shape magazine lately, and saw a little blurb about a jean brand called Earl Jeans. Apparently these used to be popular and they’re now coming back into style. The caption for the photo in the magazine read, “Budget-friendly Earl Jeans cost $78-$128”. Is it just me, or are $128 jeans maybe not all that budget friendly??

And don’t even get me started on the fashion layouts in these magazines. I honestly don’t even know why they publish this stuff, because I highly doubt many of the subscribers could afford the sort of clothes they photograph. Who can pay $465 for a plaid cotton shirt? Or $775 for a Chanel wool hat?

So, pooey to the editors at these magazines…I’m just going to keep shopping my 80% off clearances, and I don’t think anyone will know. Well, except for you, because I’ve told you. 😉

The Frugal Girl » A giveaway!(for All You magazine)

[...] because their “bargain” ideas are pretty far removed from my idea of a bargain($90 jeans, anyone?).  The clothing highlighted in All You is far more reasonable(for instance, they show an $8 skirt [...]

in thinking about the environment, the economy, and trying to live on less to benefit all, i've been stressed by the clothing factor.

i'm just thinking out loud here as i try to break my own thoughtless not-so-good habits (buying cheap despite how stuff is made and who made it because it's all i can afford).

i'm wondering how we all get into the habit of thinking about stuff in a more all-encompassing way? i've started scouring the internet for more sustainable clothing options but then it occurred to me that i need to be looking for used stuff before buying anything new. this would help the pocket-book and slow production of new items thereby also reducing the environmental footprint.

unfortunately business models are based on making a buck (or rather, lots and lots of bucks) so everyone buying less is not in a corporation's best interest. but wouldn't it be nice if more businesses made the connection between people wanting to have good choices and then offer good choices and continue to make lots of bucks?

all businesses need to evolve to offer sustainably produced items (incorporating reusable/recycled materials in their products wherever possible) but also sell them for a reasonable cost. but they won't do it unless consumers show them this is what they want...or unless it is mandated.

i want to be able to wear things that look good, feel good, and that didn't require the harming of humans or the planet during production. i want to know that the people who made my clothes are getting a living wage and fair treatment.

instead of everyone trying make do with the system and finding ways to save a little here and there, everyone needs to come together to figure out how to fix the system.

i'll end my stream of consciousness here. thanks for your blog and for spawning discussions.

I read a book a while back where the author said she had a limited amount of money and HAD to have a new dress and she talked about praying before she went to the stores. It struck me as weird, but just recently when I HAD to have a couple new pairs of jeans (holes in all of mine, literally, lol), I prayed (what the heck) and headed off to the thrift store. I found three pair of levis, brand new looking, and one with the tags still on them in my size for three dollars a piece. $120? I don't think so...

Women's fashion articles drive me nuts. Even magazines I really enjoy like Oprah's will have an article about saving money a few pages away from a ridiculously overpriced item. I understand they need ads but I really hate the "articles" that are just promotions for expensive stuff.

There is another option: wait a few months or a year and buy the $128 par of jeans for a few dollars at the local thrift store. You would be amazed at some of the deals that my wife and I have found shopping in used clothes stores. Brand new clothes for less than $10. You get the quality at a fraction of the cost.