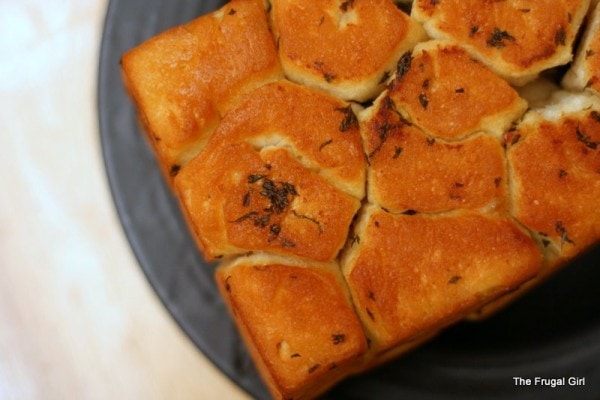 This is a recipe I got from Taste of Home back when I was a teenager. I made it for my parents and siblings then, and I now make it fairly often for my own family (not often enough, though, by their estimation!). It’s sort of like a savory version of Monkey Bread, and it’s received with nearly as much enthusiasm.

To make a garlic loaf, follow the sandwich bread recipe exactly until it’s time to shape the dough (so, make the dough, knead it, let it rise, and stop there).

Take a pound of the bread dough, and divide it into small pieces. This isn’t an exact science, but I usually cut my dough into about 15-20 pieces. Roll each piece into a ball. 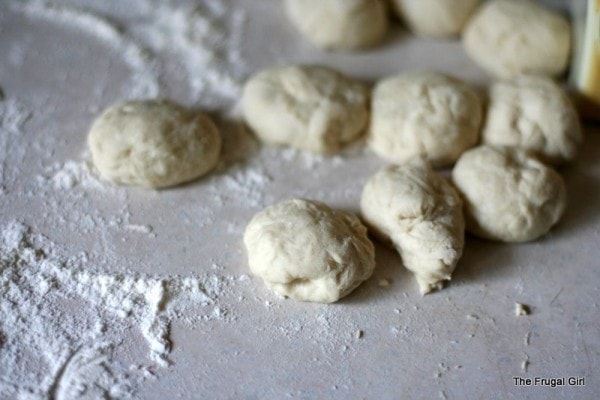 Melt 1/4 cup of butter, and mix in parsley, garlic powder, and garlic salt. You can use oil or margarine, but of course I think butter tastes the best. 😉 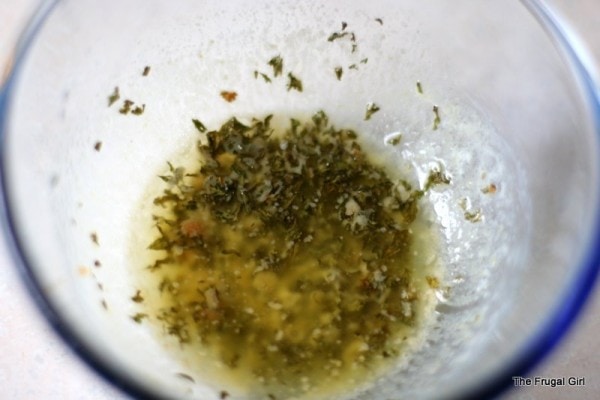 Dip each ball into the garlic butter mixture, and stagger balls in a bread pan. You can use either a 9×5 or a 4×6 pan. A 9×5 pan will yield a shorter loaf, and a loaf from a 4×6 pan will be taller. 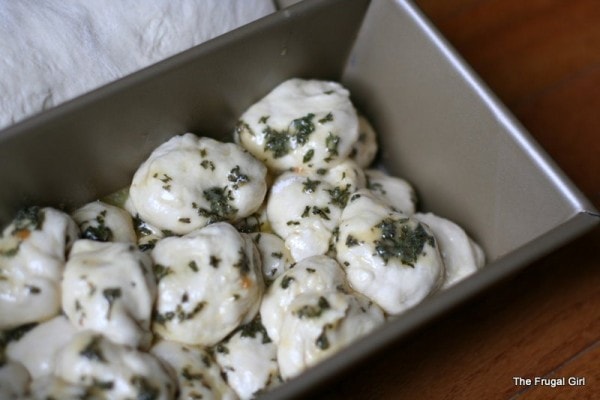 Cover the loaf with a wet tea towel, and let it rise in a warm place for about 45 minutes, or until the dough balls look soft and puffy, like so. 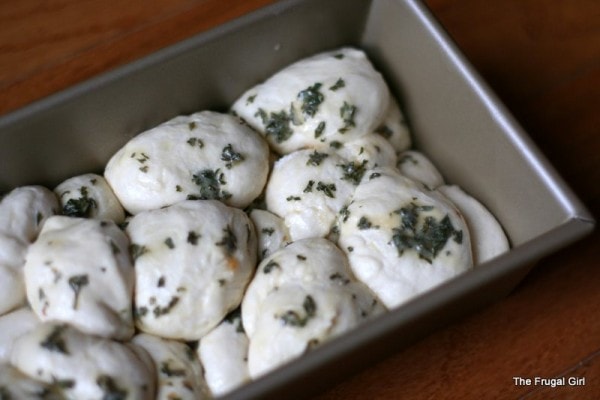 Bake in a preheated 350 degree oven for 25-30 minutes, or until golden brown. Turn out onto a plate and serve warm. 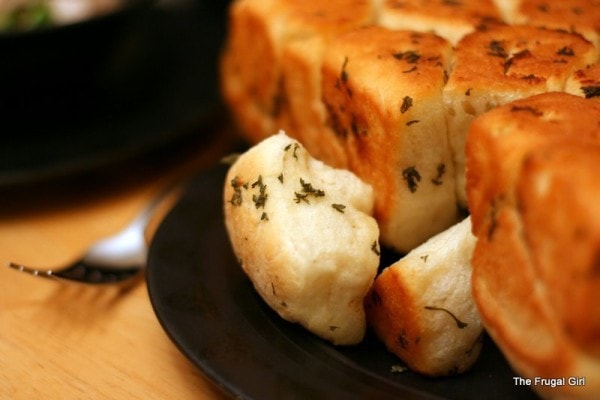 In a small bowl, combine the butter, parsley, garlic powder and garlic salt. Cut dough into 1-in. pieces (about 15-20). Roll into balls and dip into butter mixture. Layer in a 9×5 or 4×6 loaf pan. Cover and let rise until doubled, about 45 minutes.

I made this last night! Yummy!

Have you ever tried this with olive oil instead of butter? Curious for a dairy allergy sub.

I have not, since Sonia can tolerate butter. But I think olive oil would make a great substitute.

I made this with dinner tonight using your French Bread recipe. It was a huge hit, as all your bread recipes are at my house. Thank you for sharing!

Just made these for potluck at a friend's house...huge hit! They loved it, and i was so proud of making them from scratch!!! Thank you!!!!