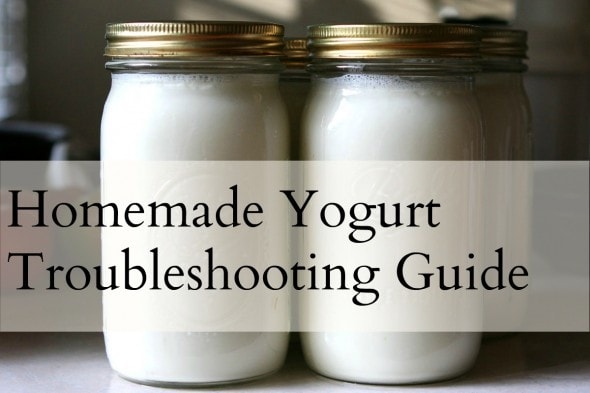 I regularly get emails from readers who wonder what went wrong when they tried to make yogurt, so I thought it might be helpful to put together a post detailing common mistakes.

Making homemade yogurt is a fairly simple process, but there are some common things that can go wrong. If you’ve got a failed batch and want to know why, read on!

What if my milk for yogurt cooled too much?

I’ve done this before plenty of times! I get busy doing something else and before I know it, my milk has cooled below 120°.

Don’t worry, though! If your milk has cooled too much and you haven’t added any started, just put it back on the stove and heat it back up to 120°, then proceed with the recipe as usual.

If your yogurt turned out runny/watery, here are some things that could have gone wrong:

If your thermometer isn’t giving you correct readings, you can accidentally kill your yogurt cultures. Milk that’s too cool will just result in slow-growing yogurt cultures, but if your milk is over 120 ° F when you stir in the starter, you could kill the yogurt bacteria.

Make sure your thermometer is working correctly, and be precise about following the temperature recommendations in the recipe. There are some foods that can be made by feel, but when it comes to yogurt-making, it’s better to be exact.

My spoiled self got a Thermapen

as a birthday present, so that’s what I use. However, a simple digital or non-digital thermometer will also do the trick.

Ultra-pasteurized milk, which is often sold in paper cartons, has been heated to very high temperatures in order to ensure a long shelf life. The ultra pasteurization process kills off too many bacteria for the yogurt-making process, though, and your yogurt will likely be very runny if you use this kind of milk.

Raw milk (if available in your area) also works just fine for yogurt.

This recipe is formulated to work with cow’s milk, and it should also work with goat’s milk. Almond milk and soy milk usually require some modifications, though, so find a recipe meant specifically for those milks.

Milk with a higher fat content makes much thicker, milder yogurt, so I use whole milk in every batch.

If you use skim milk, your yogurt will be thinner and more tangy. To thicken it up a bit, you can stir some powdered milk into the warm milk before you add the starter. Some people also add gelatin (the Kitchn recommends one teaspoon per quart of milk, and they advise letting it dissolve in some milk before adding it to the pot of milk during the heating process.)

5. You used a faulty starter.

I recommend using Dannon or Yoplait plain or vanilla yogurt as your starter. Their yogurt provides consistent, reliable results.

A number of people have reported yogurt failures when using Greek yogurt as a starter, and I personally have had a failed batch from a store-brand starter, so I would shy away from those.

FYI, Greek yogurt starter does NOT make Greek yogurt. Greek yogurt is made by straining the whey out of regular yogurt, and thus has everything to do with method and not with the starter.

A gallon of hot water is perfect for my cooler. The water reaches about 3/4 of the way up the jars, which is as it should be. If you have a larger cooler, though, you may need to add more water.

If the jars aren’t 3/4 submerged in the water, the yogurt will not stay warm enough during the incubating process for the cultures to grow.

What to do with failed yogurt

If you have a batch of runny yogurt, you probably won’t be able to save it by trying to remake it into yogurt (I tried that once and it was an unmitigated disaster.)

But don’t throw it away!

Throw it into a smoothie.

No one will ever know it was runny once it’s all blended up with fruit and ice. 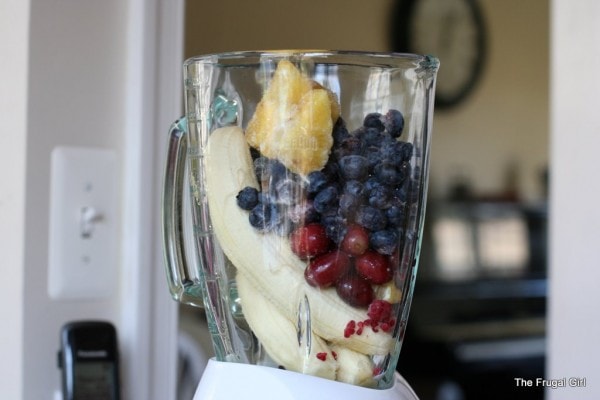 Use in place of buttermilk.

Runny yogurt is often the consistency of buttermilk, and since it’s at least somewhat cultured, it tends to make a great buttermilk substitute. 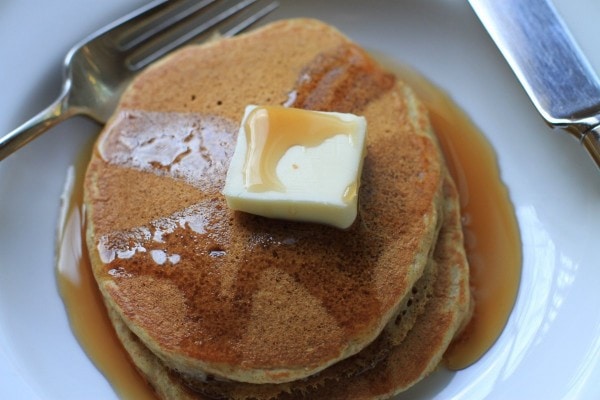 So, make some biscuits, pancakes, or waffles.

Greek yogurt is made by straining the whey out of regular yogurt, and you can easily do this with your runny yogurt (although if it’s the texture of regular milk, this will not work.)

Simply line a colander with a cloth napkin or thin kitchen towel, place the colander over a bowl, fill it with yogurt, place the whole works in the fridge, and let the whey drain out until the yogurt reaches the desired consistency.

Hello! I'm hoping you can help me.. I heated my whole milk, allowed it to cool and added my starter (store-bought plain whole milk yogurt). After mixing the portion containing the starter back into the rest of the milk, I transferred it into 7 glass jars and put them into my yogurt maker. Fast forward 8 hours, they didn't set. Realized I only plugged in the yogurt maker, but didn't turn it on! Turned it on, allowed them to incubate for 9 hours and took them off. After cooling in the fridge all day, they smelled good, looked good and tasted normal. Are they okay to eat? I'm concerned the 8 hours with starter at room temperature will have made them bad.

As long as the starter was active, the bacteria should have kept the milk/yogurt safe to eat. I know some people incubate their yogurt at room temperature for at least that long and it's still good to eat.

Usually dairy that has gone sour will taste and smell funky, so the fact that it tastes and smells good is a good sign.

So. I'm not a doctor or a scientist and I can't give you professional advice on how to handle this, but I personally would not be nervous about eating the yogurt.

Hi there I made this recipe several times and it comes out perfect but it’s not very tangy is there a way to make it more flavorful tangy?

If you'd like it to be tangier, increase the incubation time. The more hours the yogurt incubates, the tangier it should be.

I made batches of whole milk yogurt and soy milk yogurts in Instant pot with no problems. Lately I had encountered some gel or slimy issues only after refrigeration. After the regular process of making yogurt and incubation, I tested the yogurt and it was like custard form. That was my desire outcome. However, after putting into refrigerator, it turned to gel like or slimy consistency. I read many articles, for soy milk yogurt maker said I boiled at too high temp and milk yogurt maker said too low temp.... Sorry I dont have a thermometer, I just heat the liquid to a almost boiling condition. Do you have any idea why that happen?

Hmm, that is not a problem I've had before.

Have you switched up the type of milk at all?

Have you tried using a new starter?

I am making yogurt for the first time and after boiling the milk and adding some yogurt to 'start;' it, I used the yogurt setting for the time desired. It was on the lowest setting and I left it, but it seems like the batch was room temp at the end of the cycle. Is it not supposed to be warm at all in the last step in the instant pot> Us there a step in setting the time that I needed to do to bring the temperature up a bit??

I have no experience with an Instant Pot; hopefully someone else will come along who can help!

Hi , we've been making yogurt with a six jar yogurt maker from Lakeland shop. We have always used UHT milk with a sprinkle of dried milk. Over the last couple of weeks we notice after a day or so of the freshly made yogurt being in the fridge , there seems to be a pink bacteria growing on the surface . Why, if we have been using this recipe for years, isthis happening now .....any ideas please?

That's so weird! I've only had that happen with yogurt that has been stored too long. Or it also can happen if I don't sterilize the jars properly.