Last week, I told you that a song by the Gettys has been making me think about simple living and about giving.

As I’ve been pondering this whole topic, it’s occurred to me that simple living/giving doesn’t always mean living a spartan life and spending as little as possible.

In fact, I think it can sometimes take the form of spending and buying really, truly great products.

Giving sometimes does look like handing cash to someone or to an organization, but it can also look like spending more money than usual to pay someone for the work that they do…paying more to support small businesses. 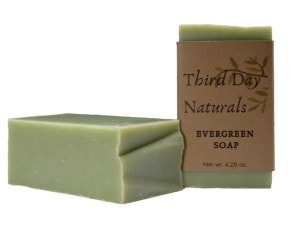 I don’t know exactly how much the people in soap factories get paid, but I know that the family behind Third Day gets all of the proceeds from the soap (no middleman!), and I’d venture to guess their situation is a whole lot better than that of the factory workers.

(And their products are awesome. Seriously…best lip balm ever.)

Buying beef from the grocery store is about as giving as buying commercial soap (although it’s probably a little worse, given the state of factory farming), but buying my portion of a cow from a local farm is a much more giving way to spend my money, I think.

It’s more expensive than beef from the store, but I think this is an awesome way to give/spend my money…supporting a family whose livelihood depends on the cows.

I could buy super cheap toiletries and grocery-store beef and have more money in my bank account to give away, but somehow, that doesn’t seem more ideal to me than spending more to support businesses I believe in.

Simple living plays into this, I think, because if you live simply, you can afford to spend more on the things you do buy.

And then a happy cycle is started, because if you spend more on the things you buy, they last longer, freeing up cash to invest in other well-made stuff (though this obviously doesn’t apply to consumables, such as beef or soap.)

Buying a cheap (and cheaply-made) plastic toy from China isn’t very giving, but spending more for a handmade toy is.

(Check out this awesome wooden food from Etsy!) 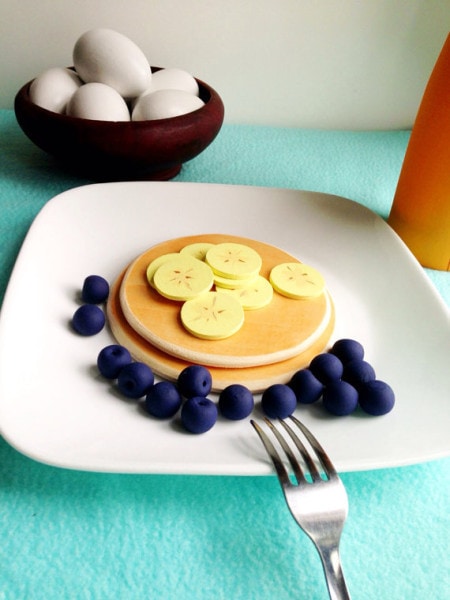 You won’t be able to buy 100 pieces of food for $20 (This = the kind of toy food that is a huge waste of money. Seriously, don’t even bother.), but the wooden food will be around long after the cheap plastic has hit the trash, and if you buy less toy food, you can afford to spend more on the toy food you do buy.

Since reading Overdressed, I’ve realized this applies to clothing as well.

If we dress more simply and buy fewer clothes, we can afford to spend more per item.

A hoodie from American Giant costs $89. That feels like a lot of money, I know. But how often have you gone to a clothing store and plunked down that much money for four poorly made items? Wouldn’t it be better to buy one great hoodie instead of four not-as-great $25 hoodies? 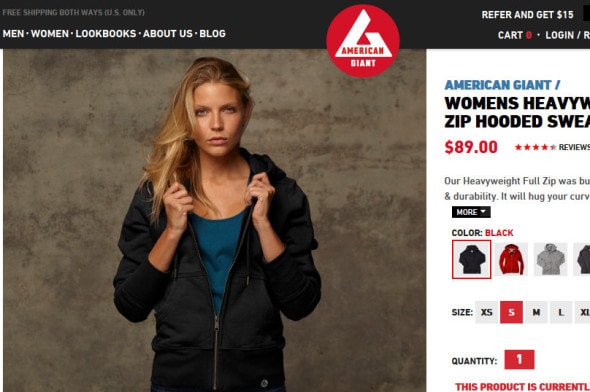 (Especially because your $89 pays a company whose product is domestically produced from the seed to the finished product.)

Jewelry is another example. The stuff from Claire’s and other such companies is insanely, ridiculously cheap.

Practically everyone can afford to own 50 pairs of earrings when they’re $9.99 for 6 pairs. 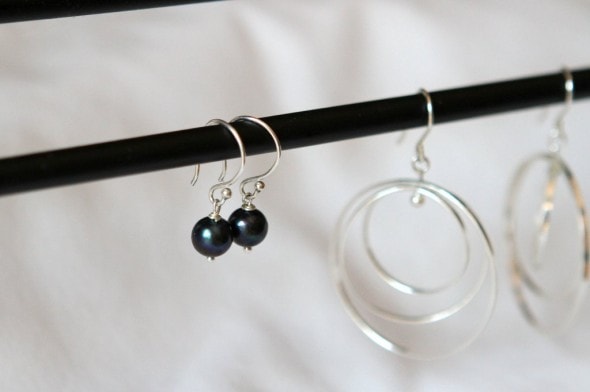 But what if we didn’t need to own 50 pairs of earrings? What if we could be content with 20 pairs, or 10 pairs, or five pairs?

Then maybe we’d be willing to hop over to Novica and pay a fair-trade price for a pair of earrings that were handmade by artisans around the world.

The lovely thing about this is that spending/giving this way is a win for the businesses we support, but it’s also a win for you and me, because a simpler life with quality things is far more luxurious than a life filled with disposable, cheaply made things.

Disclaimer the first: I realize that not everyone has the means to buy more expensive items. In order to stay financially solvent, you may have to live simply and AND buy the cheapest option available. Heaven knows the family FG was in that spot for years and years, so please don’t hear me condemning you for buying your meat at the grocery store, ok? This post and my musings are directed at those of us who have a little more wiggle room and who are trying to give/spend extra income wisely.

Disclaimer the second: I also realize that none of us does this perfectly, myself included. (I buy beef from a farm, but at this point, my milk comes in a carton from the grocery store.) We’re all making choices…ideal spending here, a little settling there. My point, though, is that giving isn’t limited to donating cash, and that more of us could afford to give by spending if we lived more simply. Live simply, buy less, and buy mindfully.

Ok, I think that’s it for disclaimers. Now I’d love to hear from you! What do you think about this whole giving-by-spending concept?

Way to go Kristen! And to support your theory I should tell you of our Great Aunt Alice, who died many years ago. In the 1930's she was head buyer for the women's clothing department of a large department store in Chicago. In the 1970s she would tell me "Only the rich can afford to buy cheap!" I was young and single at the time and thought she was talking rubbish. But after I was married and had a young family, this became the mantra by which I lived. I always bought the best quality I could afford, but maybe one item instead of two. Some of the kids clothing went through all four kids and still didn't look washed out. And waiting for sales and watching clearance racks meant I could get even better quality - not always in my #1 colour choice though! Food didn't really fall under this category, especially when the kids were teenagers and sucked up food like vacuum cleaners. But even so cooking from scratch saved a bundle. I got satisfaction from this frugality, but wouldn't assume others should do the same. If they did there would be no bargains left for me!!

I really appreciate the thoughtfulness with which you approach so many aspects of your life, and this article really gets me thinking about my spending/giving in a whole new way. Thank you for such thought provoking content.

I think you are wise beyond your years, and I like that you are such a balanced thinker and can express it for others to hear. Carry on ... please :)

This topic has been on my mind as Christmas has neared and you articulated it perfectly! The older I get the more I value well made things - even if they cost more.

DH and I have been in debt repayment mode so I do not have as much wiggle room in the budget as I would like to spend the extra dollars all the time... but when the debt is gone this is one area I want to focus on!

My mom treated me to some lavender-tea tree scented goat's milk handmade soap (from a local farm). Washing my hands is now one of my favorite moments of the day!

I really like this post but I do have a question. Now please please please do not see this as criticism. It is a honest question in the spirit of bloggy friendship. You are such a champion of buying used, shopping at thrift stores etc.............I was a bit surprised to see the new expensive hoodie. Now don't get me wrong. I have no problem with the new expensive hoodie. I am just surprised.

You have outdone yourself with this one!! Keep up the good work that is thought provoking.

No worries! In reading Overdressed and other books/articles about the clothing industry, I've come to believe that the prices we're accustomed to paying for clothes are artificially low, as are the prices we want to pay for food and for a lot of other things to. The low prices we pay come at a cost, and that cost is sometimes working conditions like we've seen in Bangladesh of late.

So, the two options I feel most comfortable with are either buying used (or getting used things free, such as through freecycle), or buying fair trade/responsibly made new things (or at least buying something that's really good quality). This means that my purchases are generally either super frugal (goodwill/freecycle) or on the more expensive end of things (American Giant).

The good thing is that since I don't buy a lot of things and a lot of what I buy is second-hand, I have room in my budget to afford the occasional more expensive item.