This year Joshua requested a gecko cake for his birthday (actually, first he wanted an axolotl cake and then he decided on a gecko). He’s really into animals and really into reptiles, so I wasn’t at all surprised.

I used a single homemade round chocolate cake layer to make this gecko. I was surprised at how well it worked out…I had just a few scraps left and those were happily consumed by the kids. 😉 I loosely followed the pattern from the axolotl cake diagram for my initial cuts and then just used some of the scraps for the legs. 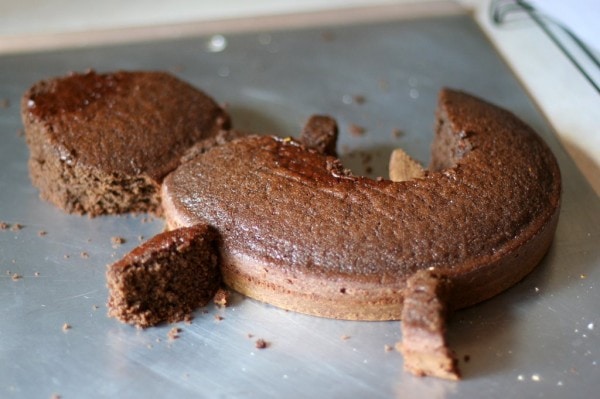 I let Joshua and his friend do the frosting. 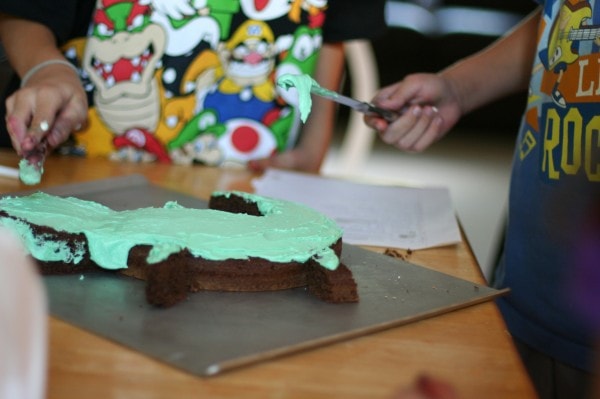 I think this was nearly as much fun for them as eating the cake. 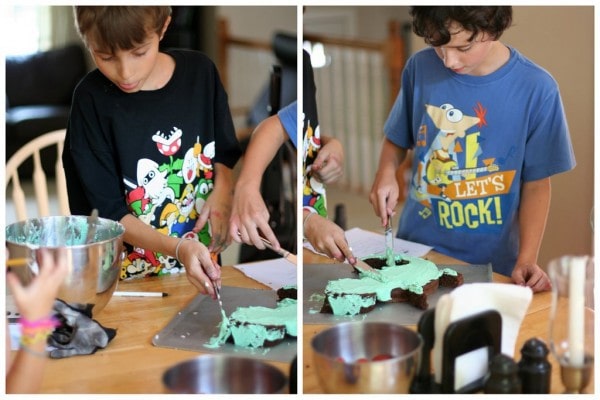 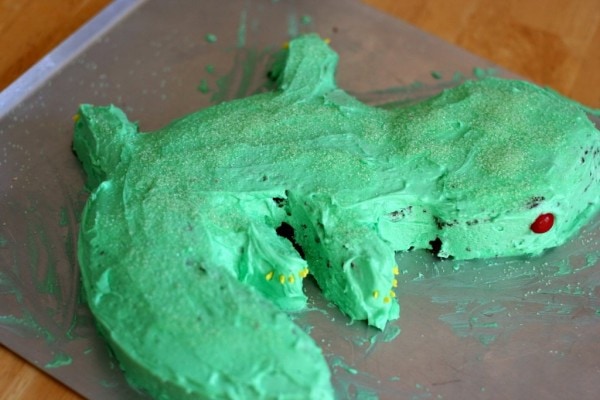 Joshua came up with the idea to use chick sprinkles (from a clearance pack of sprinkles that I bought after Easter) for the gecko’s claws. We also sprinkled the top of the gecko with green sugar from the same pack because it made him look a bit more reptilian. 😉 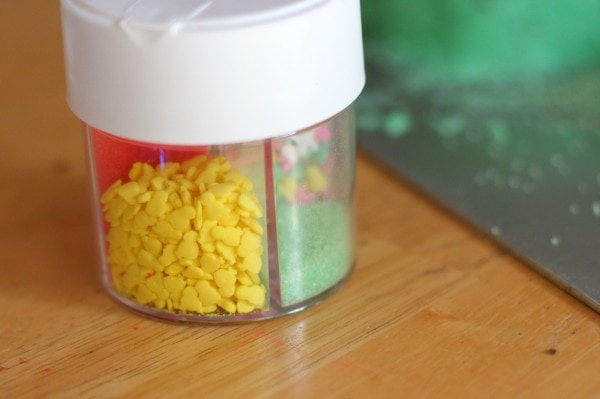 And we used some sour cherry balls for the eyes.

You know what’s nice about giving the frosting job to the kids? It relieves you of any responsibility for making the cake perfect (not that any of mine ever look perfect!). 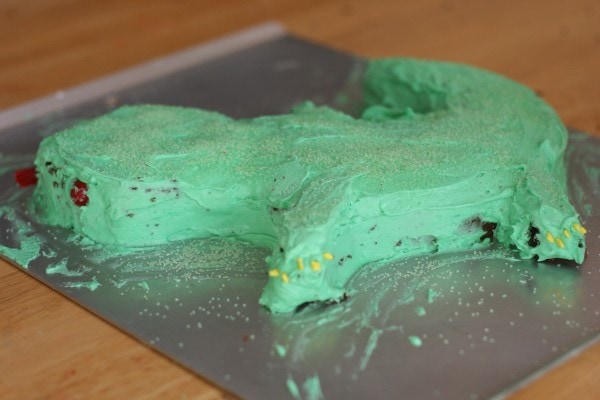 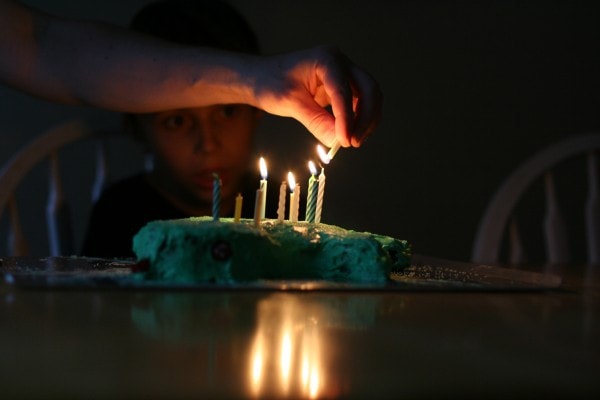 I love that my children are so excited about the not-magazine-worthy cakes that I turn out…Martha Stewart Living will never call and ask me to share my decorating tips on their TV show, but my cakes make my kids happy and that’s what matters. 🙂

Thanks for posting a non perfect cake. Makes me feel better about my attempts that never look like the picture. Highlight my granddaughters always love them anyway

I love it! So cute :] I've been going crazy downloading your recipes.

Great cake! It reminds me of the "Buddy" dinosaur cake I made for my son last fall. I just did a post on homemade cakes too. Hat off to homemade birthday cakes for our kids. Don't you just love the joy and delight in their faces when they see your creation!

i could never be this creative! hehe

Anne - Mommy has to Work

I love the cake! I'm going to try it this weekend in preperation for my son's 10th birthday. Wish me luck!