I was working on some blog posts last night and I suddenly realized that it’s no longer January! That means that I’m due to let you all know how well I’m doing at meeting my New Year’s goals.

By the way, for those of you receiving this on the email feed, I apologize for the way Feedburner screws up the photo placement. If you visit my actual blog, you’ll see that the photos are neatly nested within the text! If anyone who is more technologically advanced than I am knows how to fix this problem, please let me know.

Ok, on to the goals!

1) I’d like for the kids and me to eat three non-cereal breakfasts per week. 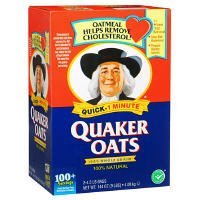 I’m pleased to report that we are doing VERY well with this goal. In fact, I think we’re eating more non-cereal breakfasts than cereal breakfasts. We’ve been eating some bagels and other breadstuffs as we were before, but we’ve added lots and lots of oatmeal into the mix. I’ve been buying the large container of old-fashioned rolled oats from Aldi(a steal at $1.79!) and cooking them in the mornings. They’re pretty tasty with some cinnamon and brown sugar, and it feels really nice to eat a hot breakfast. We’ve also been eating Cream of Wheat some mornings.

I’m not sure how well we’ll do with this once the weather is hot(I don’t think I will want oatmeal on a humid, hot July morning), but it’s going well for now. I suppose we’ll need to eat things like granola and yogurt once winter is over.

2) I’d like to save up an emergency fund that is equivalent to 3-6 months of living expenses by the end of the year.

Absolutely no progress has been made on this front in January. However, I’m not at all upset by that, because we had a lot of expensive things happen in January(I’ll probably post about that later this week). I’m just happy that we managed to make it through this month without having to deplete our emergency fund!

We are getting a tax return this year, so when that arrives, we’ll probably use that to shore up our emergency fund. ( I know some of you will wonder about this, so I should explain that we overestimate our withholding because it’s very difficult to estimate how much tax I will owe on my self-employment income(my income varies from year to year), and we don’t want to have to pay underpayment penalties.)

3)I’d like to be more disciplined about keeping Quicken updated.

I haven’t made a 100% turnaround in my Quicken management, and I still haven’t managed to work a regular 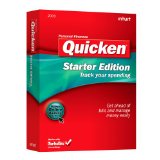 Quicken time into my schedule, but I did spend some time this month downloading and categorizing transactions. So, I didn’t fail on this goal, but I’m definitely not crossing it off my list just yet.

4)I’d like to save up some money to use this summer.

I inadvertently made progress on this goal! I’d been saving up some money in case I owed some money in taxes for my piano playing salary. My church pays me a small salary to play the piano each Sunday, and I’m considered to be an independent contractor. This means that there’s no tax withholding, so I thought it would be good to set aside some money from each check in case we ended up owing. Happily, we’re not going to have to use this money for taxes. I have $221 saved so far, so I’m on my way to meeting my goal of having $1000 saved by the beginning on June.

I’ll do another update at the end of February, hopefully by then I will have made more progress on goal #2 and #3.

Hi Kristen, Just a suggestion - if you want to set aside to cover your taxes, I suggest that you pull a copy of Circular E from the IRS website www.irs.gov (I always assume you're in the US). That way you can calculate what would have been withheld if you were an employee. Don't forget the 15.3% for both sides of SS and Medicare. Heavy sigh. Take care!

BTW, I love your breadmaking lessons!

Oh yeah...eggs are another cheap food my husband doesn't like. Sigh. lol I really am going to keep him anyhow.

The fruit is a good idea for the summer...thanks! We all love fruit. I make muffins sometimes, if I remember to mix things up the night before.

I hardly ever make pancakes for breakfast, although I might consider doing that. The butter/syrup mess on the younger two is off-putting to me, but perhaps that will get better as they age a bit. lol

Wow, you are making awesome progress! And I hear you on the self-employment tax. They're brutal.

For other breakfast ideas (I can't deal w/ the texture of oatmeal, though I wish I could!):

- scones w/ homemade jams and/or curd. I'm really into this recipe right now, though I use dried bergamot orange peel instead of fresh lemon: http://smittenkitchen.com/2008/11/meyer-lemon-and-fresh-cranberry-scones/ - biscuits and gravy (plus if you do the gravy for another meal, at least you'll have a use for it later so you don't have to chuck it later on down the road) - For warmer weather, I love making a huge container of fruit salad (sometimes w/ a bit of mint, honey and sweeter vinegar dressing) and eating it for breakfast. The upside is it goes well w/ other breakfast items if you want more than just fruit - Massive, family-sized omelets. These are great because you make it once, then cut slices for everyone - Frittatas w/ leftover pasta or whatever else, and a lot of eggs. - Quiche (bacon and potato w/ cheddar quiche?). Upside of this is you can make it the day before. - matzo brei (I use matzo for this, though you could use saltines to make it cheaper) - mix up eggs and wetted-then-drained matzo (I do 2 matzo per egg), spices, and fry in butter or oil - Bran muffins. This recipe is a LOT of bran, but they're really tasty: http://www.muffinrecipes.net/bran-muffins.html - And of course, pancakes. These I sometimes make ahead, freeze, and reheat in the toaster. Kind of like the Egg-O's ones. But not lately, because my pancake mojo has disappeared and now I am incapable of making a pancake come out right. - Crepes, too. These also you can make ahead, freeze then reheat. Add fruit, cream cheese, or whatever you like. - Ooo, I almost forgot about surprise eggs. Slice of bread w/ the middle torn out. Butter one side, put in the frying pan, crack an egg into the hole in the center of the bread slice, fry. Flip at some point and finish frying. These are awesome. We used to eat them a lot when I was little. - Homemade breakfast jacks. Fried egg, slice of cheese, thin slice of sandwich ham on a bun (or bread).

Stacey, I'm actually not an enormous coupon user, for the reasons that you mentioned. Most coupons are for processed foods, which are not that healthy and which come with lots of packaging. I only buy them every now and again(like I did this last week). I have a post on coupons sitting in my drafts folder on this blog...I just haven't gotten around to finishing it up yet! I promise it will get posted at some point, I'm just not entirely sure when. lol

Oh, and yes, we don't have any debt aside from our home mortgage. No credit card debt, no car loans, no loans to family, etc. I would REALLY love to be mortgage free, but that's a ways in the future for us, I think.

Hi Kristen, I was wondering if you would comment on Oprah's "Thriftiest Family in America". I don't have tv, but when I'm at work in the hospital I get to see it if I don't have any active patients. I saw the preview for today on her website and it looks like the family (maybe 2-3 kids?) lives on one salary (maybe 40K) and has saved up $70K in savings - but they have credit card debt! Like FD above, I also assume you don't have credit card debt. Anyway, I hope I get to watch the show and hear more - also because it looks like they will do a segment on coupons. We don't get the daily paper so I don't even get coupons but I have several neighbors who do get the paper and I was wondering if it would be worth it to ask them for their coupons, or buy the paper on Sunday and Wednesday (when it seems like they are usually available). The issue for me is that I don't know if I would benefit. I don't buy things like Windex or granola bars (like the items you bought with coupons recently) - I wouldn't even want them if they were free. (I'm kind of like NIM in my dislike of lots of unnecessary packaging.) But there are some things we do buy like toothpaste and shampoo - I don't think I'm ever going to be like NIM and use baking soda for my teeth and hair. :) Anyway, I am curious about coupon use and I'd love to hear your thoughts about them - maybe even a whole post devoted to the topic (hint, hint). :)