I’m a paying Ting customer and have been for years now. Ting asked me to be an affiliate after I’d already been a customer, and all Ting enthusiasm from me is 100% legit. This post contains affiliate links, but it is not sponsored.

When I first wrote about Ting, Mr. FG and I had just gotten our first smartphones.   And for a while, we were the only two smartphone users at our house. 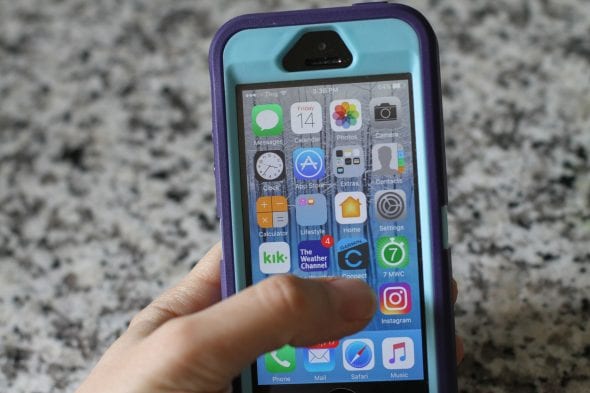 But times have changed! Joshua and Lisey are employed and are college students, so they’ve each got a smartphone now too.

Joshua has an Android, which he bought himself, and Lisey has an iPhone 5, which a friend of mine (another Ting customer!) kindly gave to her after she upgraded.

Since Joshua and Lisey are both out of the house pretty often now, we’ve added their phones to our Ting plan.

The base price for our plan is now $24/month ($6 line charge per device), and then we pay for whatever minutes/texts/data we use on top of that.

(Ting separates minutes, texts, and data, and you just pay for your usage level for each category each month. Super customizable, and you are totally in charge of how much your usage bill is…you can control it by controlling how much you use your phone.) 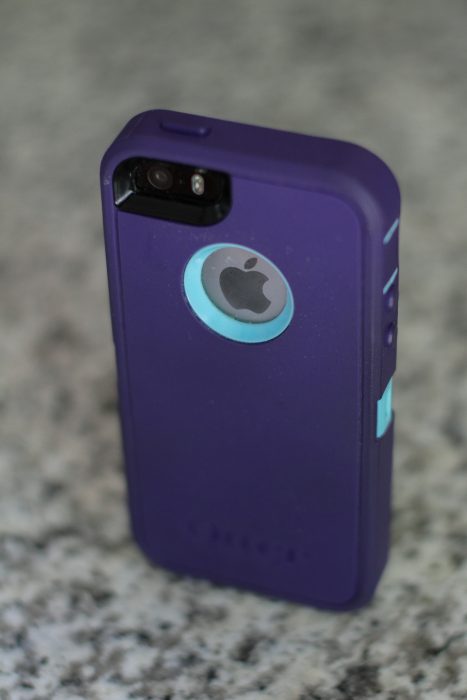 (I use an Otterbox Defender case because I am skeered of breaking my phone. I found one for about $15 on Amazon!)

Our average Ting monthly bill over all time is still only at $41/month, and our usual current bill is around $50-$60 total.

For four phones, I think that’s awfully affordable, and I’d be hard-pressed to pay that little anywhere else.

In fact, Mr. FG just got a marketing email from Verizon about a family plan, and we’d pay $160/month for our four phones with them, which is almost triple what we pay with Ting!

If you’re used to a contract plan, having to bring your own phone to Ting can be a bit of a shock. But we’ve managed to keep our phone costs pretty low by buying refurbished models and also by keeping them for a fairly long time.

I mean, long as far as cell phones are concerned.   Three years is pretty old for a phone, sadly! 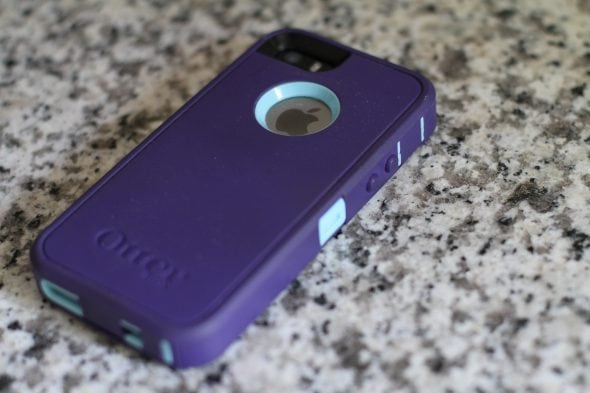 And the monthly savings are so great, we are still waaaaay money ahead by sticking with Ting, even if you factor in the cost of the phones.

(Of course, the “free” phones you get with a contract plan are not exactly free…you’re just paying for them with your monthly bill.)

You don’t necessarily have to buy a phone to switch to Ting, though! If you’ve got one already, see if it’s Ting-compatible right here. 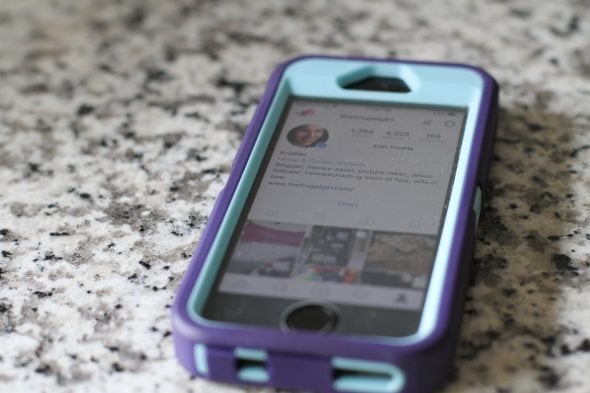 Want to lower your family mobile bill by trying Ting?

Use Ting’s calculator to figure out how much you’ll save (it’ll likely be enough to even cover an early termination fee in pretty short order!).

Get a $25 credit toward a mobile device or your first bill by signing up through this link.

(or any Ting links on my blog)

Let me know if you have any questions!   If I can’t answer them, I can definitely get you an answer from my lovely contacts at Ting.

P.S. After I wrote up the draft of this post, Ting emailed to let me know they’re running a contest where you can share a short video about why Ting works for your family.   Prizes include a MotoE 4 and $250 in Ting credit (which goes a LONG way with Ting’s prices.)

I don’t get any kickback if you enter…I just wanted to let you know so you can put yourself in the running!

Kirsten, how old were your children when they got their phones? Had they been asking for them before? My children are still waaaay to young but I'm just thinking ahead! Thanks

I finally bit the bullet and got a smartphone last August. We live on the west side of Michigan. I use Ting and my husband uses Tracfone. I have great coverage at home and at work (35 miles apart) but when I go further north in Michigan or right at Lake Michigan, I can't always get coverage. It isn't better with my husband's phone, either. From what others have told me, coverage in rural northern areas of Michigan are spotty regardless of the network, with Verizon offering the best coverage. In June, we took a trip out west and I was pleasantly surprised at how well Ting covered very rural areas in Nebraska, Wyoming, and South Dakota--our coverage was better there than in the aforementioned areas of Michigan. Northern Indiana and northern to central Illinois has also gotten good service on our family trips to those areas. Hope that information is helpful to anyone in those areas contemplating Ting.

I love Ting (we just added our teenaged son to the plan) but I think I am the kind of customer who benefits from a plan like theirs--I am not a heavy phone user--I have never gone over the minimal billing category for talk, and frequently can stay in the lowest category for texting. I use wifi and avoid using data unless I absolutely have to. If you are heavy on talking and texting, I think that Republic may be the better plan to look into. I agree that Ting's customer service is fantastic. I have ordered both my phone and my son's phone through Ting--we have gone with the BLU brand and I have been pleased with both purchases--I think BLU has a good quality phone with a lower price point--but again, I am a light phone user and this phone may not meet your needs if you need more whistles and bangs.

We have four year old phones (Samsung S4) last of the free phones from Verizon (Black Friday, 2013), but I digress, we are cheap. Anyway, my dh and I live in Central Florida which is heavily populated, but our daughter in college in MT is also on our plan and it is rural and the whole state is pretty rural, so I need a plan that would work well for us and also for her. We pay $120.62 a month for unlimited talk/text and 6 g of data on Verizon and have NO issues with coverage, except in our house, ironically as it is a new house and the insulation in the attic makes the cell signal not work very well. So, what we need is to get newer phones that have wi-fi calling, therefore they would work in the house and a plan with good coverage in large western states. They have a device you can buy to use wi-fi calling but it is $250 and since we will need new phones at some point and then not need the device, I don't want to shell out the money. Does anyone have any suggestions?

Gonna give this a try. Thanks for sharing. I just signed one of my boys up for some dual enrollment and will be dropping him at the train, etc. Used an old phone of mine to activate. Boom. Free.

Oooh, nice! I hope it works out great for him.

I've been a Ting customer for a couple of years now. I like their straight forward pricing, and their customer service is wonderful.

However, I will echo the poor coverage. In the country, and even along interstates I lose coverage way before my husband does (he has Verizon).

Ting is also cheap only if you don't use your phone much. I don't have a house phone, so I use my cell for all calls. Most of my internet use and texting is over wifi, and I still rarely see my bill less than $30. It's still cheaper than Verizon, but it wouldn't be if I didn't have an old phone.