for a nice long string of cooler weather

It has been so, so lovely here for the last week or so! I almost feel like I am in Wisconsin again.

Annnnnnnd every day in the 15-day forecast promises highs only in the 80s.

This is seriously wonderful August weather for us, and I am thrilled. 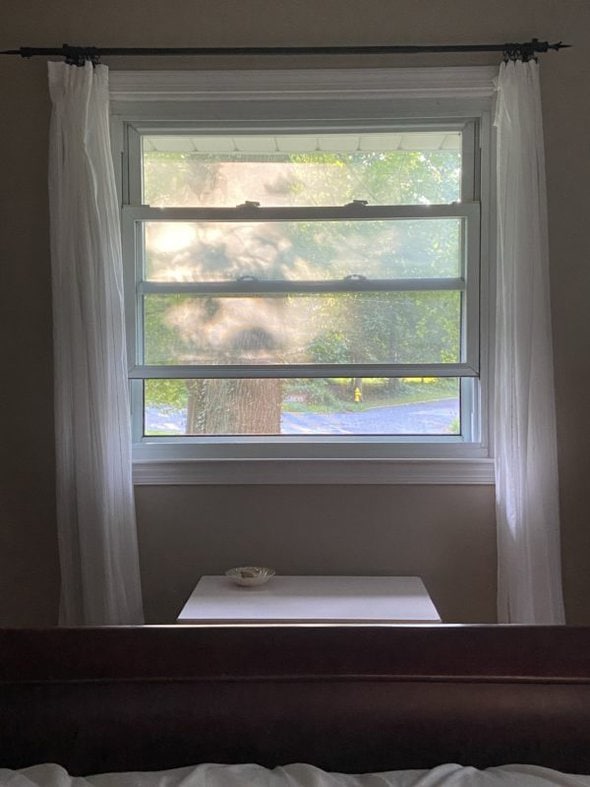 that the carport snake has not been back to visit

I haven’t seen him for about a week, and at this point, I am no longer taking a precautionary peek before I open the carport door. 😉

I think maybe he’s moved on.

for all the kind comments from you guys this week

So many of you chimed in here and on Instagram to offer encouragement and a virtual hug to me when I shared about my struggles; I could not respond to all of the comments, but I did read every single one. Thank you!

I almost decided not to publicly share about it being my anniversary, but I’m glad I chose to. The support was lovely, plus so many of you said that you found it encouraging to read since it helps to hear you are not alone in having difficulties.

for so much relational richness in my life

Every time I have hit rough spots in my life, I have been reminded how blessed I am to have a lot of people who care about me.

I think that’s even better than having unlimited monetary riches.

that my toe is feeling better

I stubbed it shortly after moving here.

How? I walked into the living room at dusk, without the light on, and I totally forgot that I’d put the ottoman where I was trying to walk. Whoops.

Over time, the entire nail turned black (Just in time for sandal season. Yay me!)

And then when I was in Wisconsin, I stubbed it again and the whole nail came off, which was rather painful.

But it’s healing up nicely, there’s a new nail growing in, and even though my toe looks ugly, it is feeling much better than it was after the nail first came off.

By next summer my toe should look nice again. 😉

That is, unless I stub it again.

This neighbor has quite a collection of lawn gear, most of which she’s rehabbed and fixed up (so she is a woman after my own heart!)

I baked her some cinnamon bread to say thank you, and she was delighted. However, I still think I got the better end of the deal here. 🙂 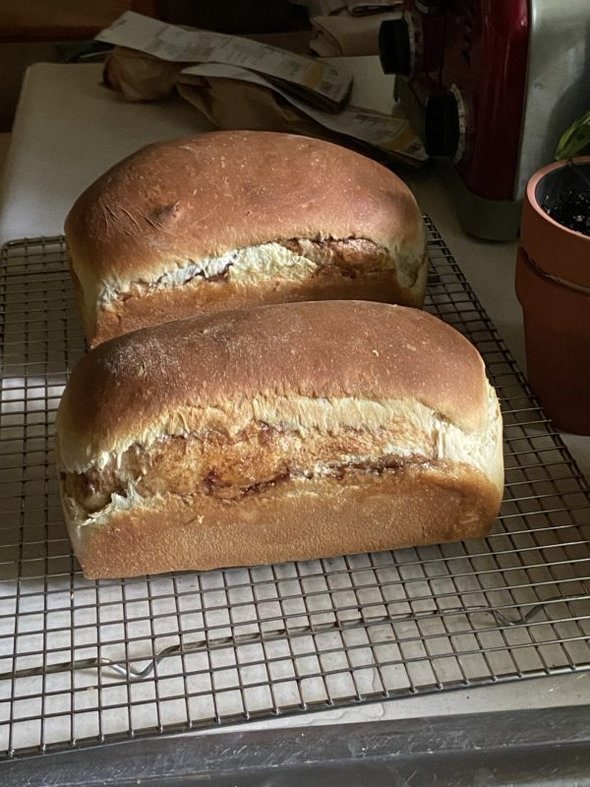 I love that I know how to make yeast bread because it makes such a good thank you gift for people; it’s not as common as homemade cookies, cakes, or brownies, and that makes it slightly more special.

that Zoe and I have almost completed her driving hours

I think we have maybe one more hour to do before her test at the end of this month, so, yay us!

I am kind of proud of us for still getting this done in the midst of a hard time. 🙂

And I am thankful that Zoe wants to get her license, especially because I know of a lot of Gen Z-ers who are not particularly motivated to learn how to drive.

I don’t mind driving my kids around when it’s necessary, but it is not something I want to be doing forever! I want Zoe to have her independence and be able to take herself places that she needs and wants to go, and I’m thankful she feels the same.

What are you thankful for this week?

I’ve just seen this; I don’t know how I missed the other posts this week. But I wanted to add my love and caring to everyone else’s. 25 years is significant. Having a low moment is totally valid. I am guessing that on what would have been the 26th anniversary, it won’t feel quite so sore and painful, but that’s not much help now. For what it’s worth, I think that feeling the whole range of emotions is very healthy and a predictor of future wellness and strength. ❤️

I am thankful for the cooler weather, too. It makes sitting out on our deck so much more enjoyable. I got in my car this morning and had to turn my AC off cause I was cold!

Thankful for hubby's business trip. Gave me some much needed alone time - daughter was home with me - and he was able to get home early. He drove to Virginia rather than fly so he could set the cruise control and listen to his music and not have to deal with airport antics.

Thankful that daughter made her own dinners as I'm happy with a protein shake or bar since my weight loss surgery.

Thankful I was able to touch base with a second cousin today. I'm hoping that hubby and I can escape to Naples FL next spring to see them all.

Thankful for my family, my home and our good life.

Thankful that the town is probably making some money as a movie is filming here in my little town. It's Isle of the Dead. I'll have to go to a council meeting and learn more about it and any benefits the town got.

Today I am thankful for: --the local farmers market --good books --a chance to swim at the local pool --warm weather --a few more days of vacation

*Kristen, even when I don't comment I am always so grateful for the weekly gratitude reminder. It is lovely to hear what sweet things people are seeing in their own lives too. Thank you, thank you! You remain in my ongoing thoughts and prayers for great grace.

1. Today I'm grateful that my middle son's unexplained ongoing migraines don't seem to be from an aneurysm or elevated blood pressure - both can be connected to his kidney disease. It looks like they are from something external, which hopefully we can find and eliminate.

2. My oldest son is cheerful and dependable to take care of things during the day when I need to drop the reins for all of the extra doctor visits.

3. Dear friends who are checking in on him and praying for us all during this time.

4. A few minutes by myself tonight with ice cream and a movie (feeling spread very thin today).

5. In spite of all of the drama of my extended family, a few of them came over last weekend for a sweet dinner and visit - first time since Christmas.

@Amanda P, How frightening for your son and family! I hope you get a clear diagnosis and treatment very soon.

I am a runner and, on occasion, toe nails fall off. I will just paint where the nail would be and unless your really get down and inspect my toe, it looks pretty good.....just a FYI to not miss sandal season for 2022.

@Wendy, hikers too,I've lost 8, but the first one was omg whats happening